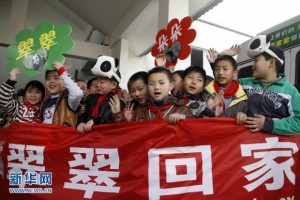 Cui Cui and Duo Duo have left Nanjing Hongshan Forest Zoo to go back to Sichuan to mate and have cubs at the Ya’an Bi Feng Xia Base of CCRCGP. Both pandas were both born in 2006 in Wolong. After the earthquake of May 2008, Cui Cui and Duo Duo, along with Cui Cui’s twin […] 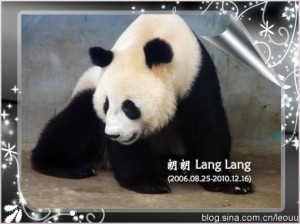 Lang Lang, a 4-year-old giant panda died of epilepsy at the Nanjing Hongshan Forest Zoo in east China’s Jiangsu Province. Lang Lang, who was among the eight “Olympic pandas” on display in Beijing in 2008, fell ill on November 9, said a spokesman of the zoo. He suffered seizure and was diagnosed with epilepsy. His […]