Edinburgh Zoo is owned by The Royal Zoological Society of Scotland (RZSS). The Society was founded in March 1909, and the Zoo opened in July 1913.

Set in 82 acres of sloping parkland, the Zoo is situated three miles to the west of Edinburgh city centre.

The zoo’s mission is: ‘Connecting people with nature. Safeguarding species from extinction.’

Edinburgh Zoo is one of Europe’s leading centres of conservation, education and research. The Royal Zoological Society of Scotland works collectively with many other zoos and conservation agencies in the UK, Europe and around the world in co-ordinated conservation programmes, to help ensure the survival of many threatened animal species. They support various conservation projects in the wild through funding and expertise.

Edinburgh Zoo’s extensive education programme aims to raise awareness and understanding of the fragility of life on this planet, and our responsibility to help care for it.

The Zoo is also one of Scotland’s most popular visitor attractions, with over 800,000 visitors a year. Apart from getting close to over 1.000 rare and endangered animals, there are many different ways to enjoy your day out. You can experience a busy programme of educational events and activities – ranging from keeper talks through to hands-on animal encounters – and a wide-range of eating experiences, several play areas and a fantastic gift shop.

Edinburgh Zoo is home to the UK’s only giant pandas.

RZSS and the China Wildlife Conservation Association (CWCA) entered into an agreement in 2011 to undertake specific projects in areas of mutual benefit in the fields of giant panda conservation, education and research. As part of the agreement, two giant pandas (Tian Tian and Yang Guang) arrived at RZSS Edinburgh Zoo on 4 December 2011.

As a condition of the main agreement between CWCA and RZSS, a second and subsequently a third agreement were signed with the China Conservation and Research Centre for the Giant Panda (CCRCGP). Five thematic areas of research were outlined, alongside a mechanism through which CCRCGP and RZSS would deliver the research (both in China and Scotland). These are:

RZSS is currently facilitating 40 giant panda-related research projects worldwide, through funding, part-funding and collaborations, and our experts are currently working with nine universities in the UK. All this research stems from the Giant Panda Symposium, held in Edinburgh in 2013, when RZSS gathered over 60 experts from around the world to develop a five-year research plan for giant pandas.

Education is an important part of our conservation work. A range of resources, Beyond the Panda, have been designed and developed to enable learners and learning providers to investigate, study and explore a variety of topics within the overall context of giant pandas and China. 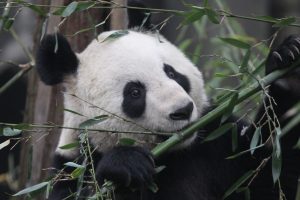 The UK’s only female giant panda Tian Tian has been artificially inseminated at Edinburgh Zoo. Experts carried out the procedure on Sunday after her annual health check, the zoo said in a tweet. Tian Tian, which means Sweetie, has failed to produce a cub despite repeated artificial inseminations since her arrival at the zoo in […]

The first of the Giant Lanterns arrive at Edinburgh Zoo 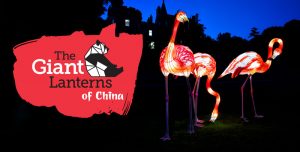 The first giant lanterns have arrived at Edinburgh Zoo following a mammoth 5,000-mile journey from the Far East. The first batch of animal-themed, silk and steel lantern sculptures includes pandas, penguins, flamingos and lions. In total, the Chinese craftsmen will produce 34 bespoke installations – featuring 469 gigantic lanterns in total – by putting in a […] 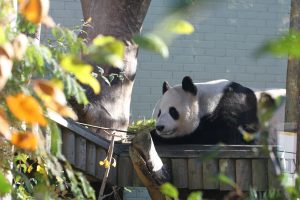 RZSS Edinburgh Zoo Panda Update by Iain valentine, Director of Pandas: Today, on this bank holiday Monday, RZSS Edinburgh Zoo is packed full of visitors learning about the natural world. However, it’s extremely quiet in the giant panda enclosure – which is currently closed to visitors until Thursday 5 May – as our two black […] 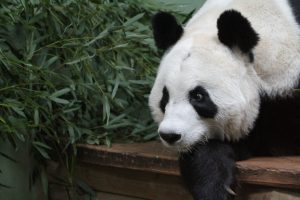 The UK’s only two giant pandas, based at RZSS Edinburgh Zoo, are providing their support – and poo – to scientists at the Royal Botanic Garden Edinburgh (RBGE) who aim to improve conservation in the wild through better understanding of exactly what members of this iconic species eat. Despite their reputation as picky eaters, previous […] 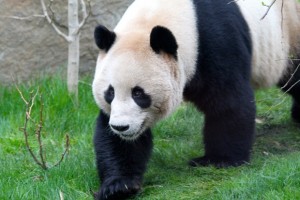 If you would like to see the Edinburgh Zoo giant pandas, please note that entry is time-ticketed and spaces are limited.
We would advise booking in advance to avoid disappointment.