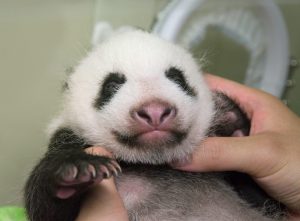 Kyodo  — A female panda cub born last month at a Tokyo zoo is growing well and can now crawl, as well as move its head from side to side, zoo officials said Sunday.  The giant panda cub has drawn public attention since its birth at the Ueno Zoological Gardens on June 12. It is […] 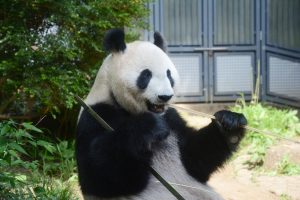 Ueno Zoo announced the birth of its first giant panda in five years on Monday. Shin Shin, 11, gave birth to a cub at 11:52 a.m., and the mother was confirmed to be holding the cub later in the day, said Mikako Kaneko, a section chief at Ueno Zoological Gardens in Tokyo.  Because Shin Shin […]

Japan celebrates the birth of a panda cub 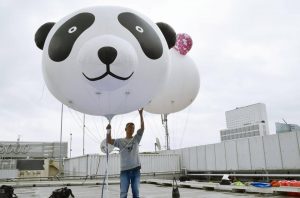 People across Japan are celebrating the first birth of a panda cub in 2017. The cub was born at Tokyo’s Ueno Zoo on Monday. People released panda-shaped balloons into the air from a Tokyo department store roof on Tuesday, after 11-year-old giant panda Shin Shin gave birth.   Source: iPanda 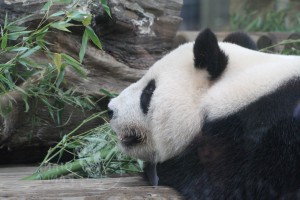 Ri Ri & Shin Shin were take off display during the first week of February 2016 at Tokyo’s Ueno Zoo. Ri Ri was increasingly interested in Shin Shin, after hormonal analysis indicated Shin Shin was approaching the peak of her heat. The 10-year-old pandas were given a choice to use two rooms to mate. Specialists […] 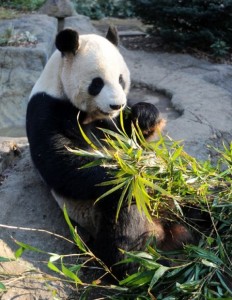 With the pair of giant pandas in Tokyo’s Ueno Zoo now in their annual breeding season, hopes are high that they will produce a cub. “The two have good chemistry,” a zoo official said. “We are watching them carefully.” Since the Chinese-born pandas arrived at the zoo in February 2011, natural mating has been observed […]