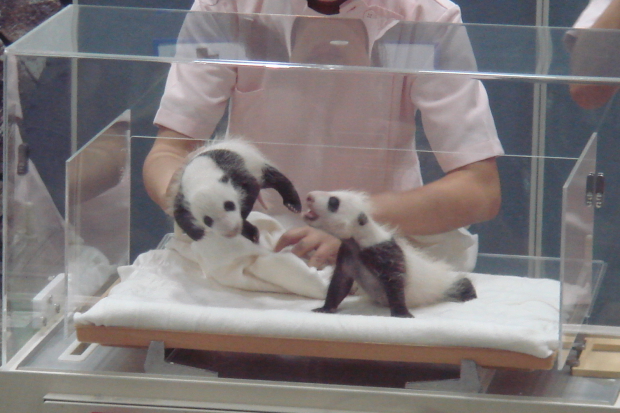 Our Japanese Pambassador friend Yumiko Kajiwara gave us these great pictures of the newborn twins of Adventure World. Yumiko visited Shirahama on September 10, 2010 and took these pictures while Adventure World keepers were weighing the cubs. Rau Hin gave birth to the twins on August 11, 2010. The first born cub is a male and the second born cub a female. On October 8, 2010 AWS announced the names of the pandas. The male cub was named Kai Hin and the female cub You Hin.