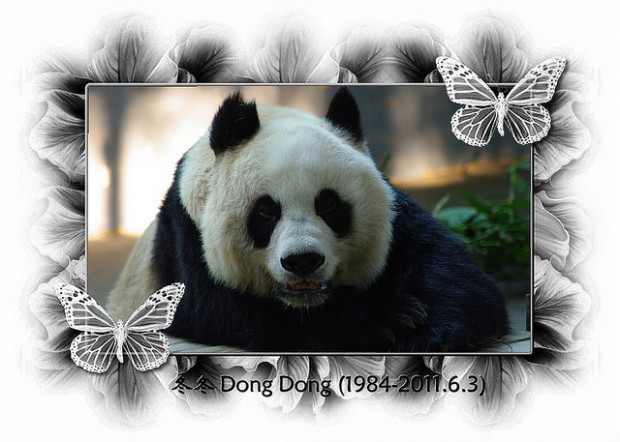 Dong Dong was born approximately in 1984. She was captured in Baoxing County in March 1990 and moved to Wolong. One year later she became the first panda mother in the Wolong Breeding Center. One of her twins died after a couple of months, but the other one survived. This female panda cub was raised well by Dong Dong and her cub, Bai Yun, moved to San Diego in 1996. Dong Dong gave birth to 8 cubs.

Click here for a report about Dong Dong by Chet Chin (2007).