In Search of a Three-ounce Bundle of Panda 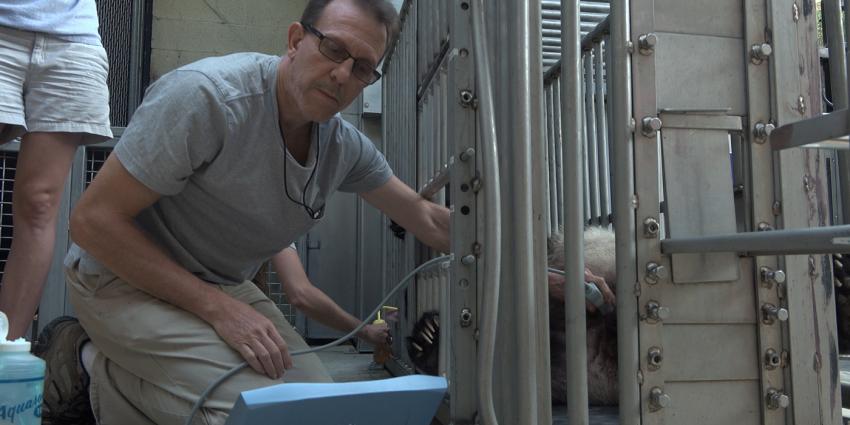 Veterinarians have started giving Mei Xiang weekly ultrasounds. Scientists at the Smithsonian Conservation Biology Institute’s Endocrine Lab have detected a rise in her hormones, which indicates that Mei Xiang will either give birth or experience the end of a pseudopregnancy in 30 to 50 days. It’s too early to see a possible cub on an ultrasound, but veterinarians are tracking changes in her uterus.

A panda’s gestation can range anywhere between three to six months, primarily because the embryo doesn’t implant in the uterus wall immediately after fertilization but rather floats for several weeks. As a result, “you can usually see a fetus at the end of the pregnancy but not early on like in human beings,” says Pierre Comizzoli, a research biologist at the Smithsonian Conservation Biology Institute. Because of the small size, it’s also difficult to detect a fetus heart rate.

Still, in hopes of seeing something, every year, about a month after scientists inseminate Mei Xiang, they begin performing ultrasounds. “We’ve started doing ultrasounds on Mei Xiang to get her back in the practice of doing ultrasounds,” says Laurie Thompson, assistant curator of giant pandas. Veterinarians also hope to see a change in the uterus, although that will likely happen closer to Mei Xiang’s delivery—if she is pregnant.

Unfortunately, detecting a fetus doesn’t guarantee birth of a cub. The female could miscarry or possibly reabsorb the fetus.

If Mei Xiang does give birth, however, her cub or cubs will be tiny—barely weighing 5 ounces, which is roughly 1/900th the mother’s weight. Cubs are extremely undeveloped at birth, unable to open their eyes or move on their own for at least a few months.