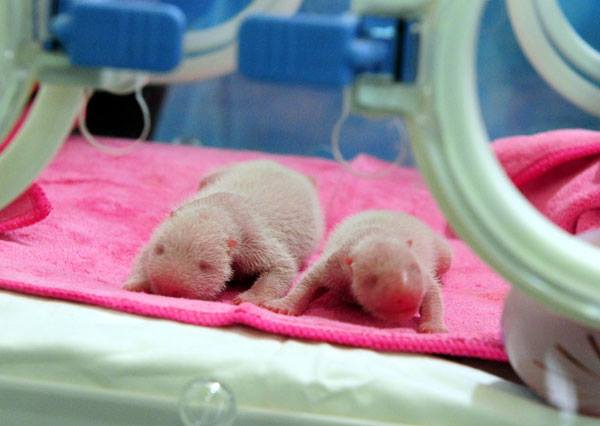 Eleven-year-old giant panda Yang Yang has given birth to twin cubs at the Shanxi Rare Wildlife Save & Research Center in Louguantai in Northwest China’s Shaanxi province.
The twins, a male and female, were born on June 27, 2014 and weighed 162 grams and 88 grams respectively at birth. They are the third and fourth offspring of Yang Yang, who had twins in 2009.