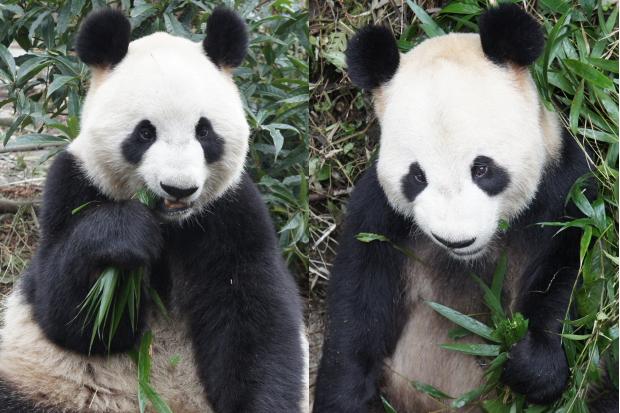 The pandas, which arrived at the zoo February 21, would go on public display on March 22. Their debut has been posponed due to the nucleair problems in Japan. Both pandas are safe and did not have much problems after the horrible earthquake in Japan.