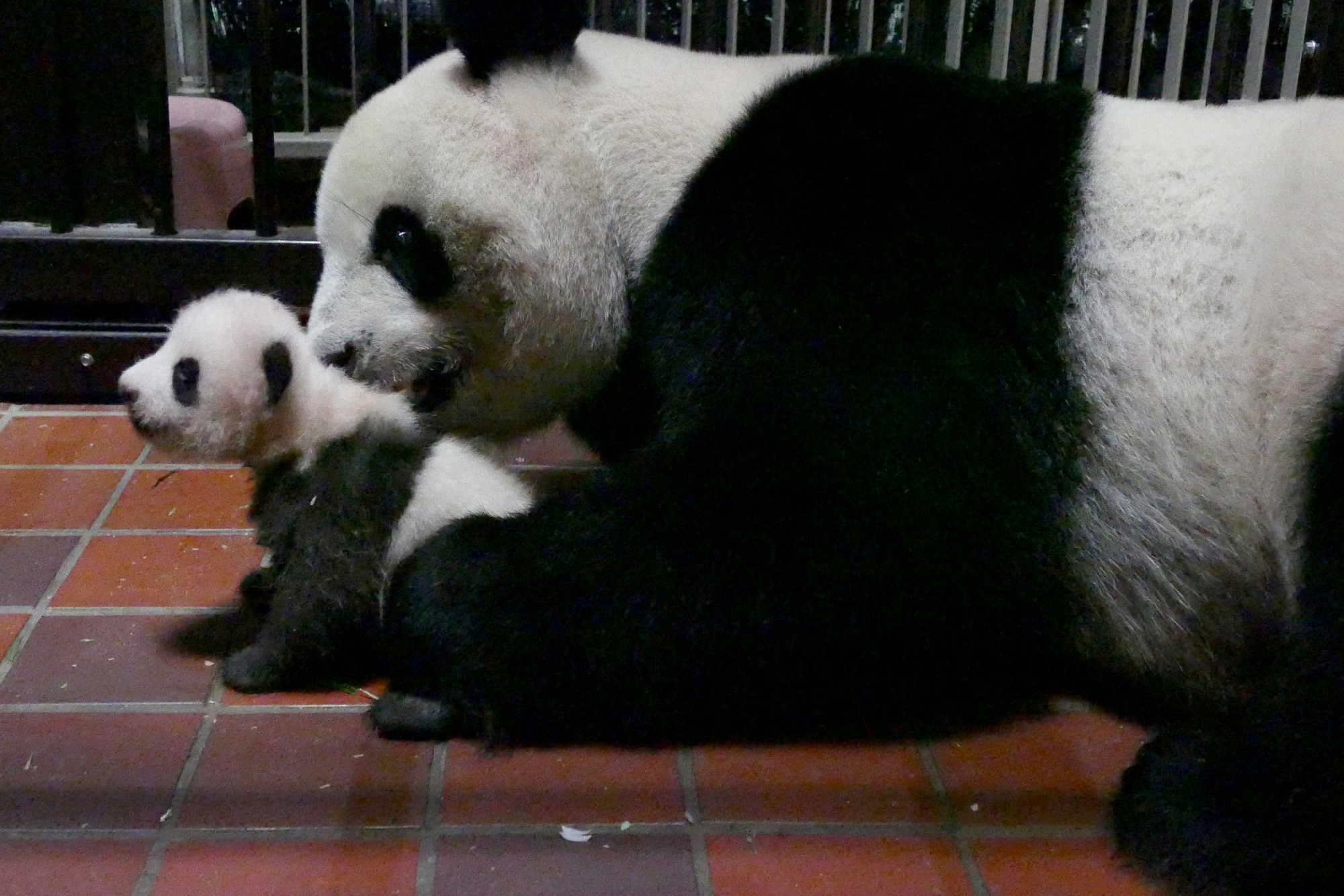 A 2-month-old panda, the first cub born at Ueno Zoo in five years, is growing well and has become “fluffy,” the Tokyo zoo said Monday as it released fresh footage of the animal.

The footage showed the unnamed cub being weighed and measured. Other scenes showed the cub napping, crawling and playing with her mother, Shin Shin.

“The baby panda is now fluffy with increasing body hair,” zoo director Yutaka Fukuda said at a news conference. “She will grow even cuter as more panda-like characteristics begin to emerge.”

In June, the rare panda birth triggered a frenzy of media and public excitement, with businesses keen to cash in.

The zoo has invited the public to name the cub and said it had received some 250,000 submissions. The panda’s name will be announced in September.

In the video footage, the panda is shown crawling around, using her front paws to drag her body across the floor. It will take another month before she is able to support her full body weight on all four paws, zoo officials said.

Although the panda’s eyes are now open, she can so far only sense light and can’t yet see objects, they said.