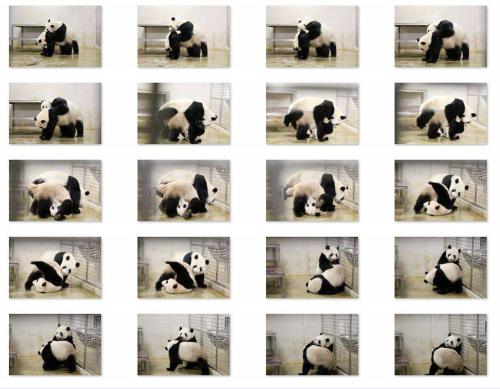 Giant pandas Kai Kai & Jia Jia have officially crossed their first mating season, a cause for jubilation for caretakers at River Safari as the endangered bears are notoriously difficult to breed.

Kai Kai & Jia Jia’s development has been an interesting case for researchers as they are the first pair of giant pandas living so close to the equator. The pubescent pandas were suitable for pairing last year but did not show signs of readiness to mate. Pandas’ mating instincts are brought on by hormonal changes in response to seasonal variations, such as temperature changes and increasing day length from winter to spring.

River Safari’s keepers and vets have employed a number of measures since last November to trigger the breeding cycles of the pandas. These included varying the daylight hours and temperature in the panda exhibit to simulate the transition from winter to spring in the pandas’ homeland in Sichuan, China.

The pandas responded. Seven-year-old Kai Kai started bleating and scent-marking more frequently to attract six-year-old Jia Jia, who showed the first sign of coming into estrous on 5 April, marked by her swollen genital, restless behaviour and hormonal analysis that indicated she was in heat. The two bears were also frequently seen calling out to each other and looking through a closed gate linking their exhibit.

On the evening of 17 April, both pandas were brought together for the first time in their dens for natural mating. The 40-minute session did not appear to be successful, which is typical for first-time breeders as they may not know how to mate. A decision was made to carry out artificial insemination to increase Jia Jia’s chances of conceiving.

Dr Serena Oh, Assistant Director of Veterinary Services, Wildlife Reserves Singapore, said: “Panda reproduction is a notoriously complex process, with females ovulating once a year, in which they are fertile for only 24 to 36 hours. Jia Jia’s hormones started falling on Friday and we needed to move quickly to artificial insemination due to the short window when female pandas are able to conceive. In the next few months, we will continue to monitor Jia Jia’s hormone levels and conduct ultrasounds to determine if she is pregnant. We will wait and hope for the best.” 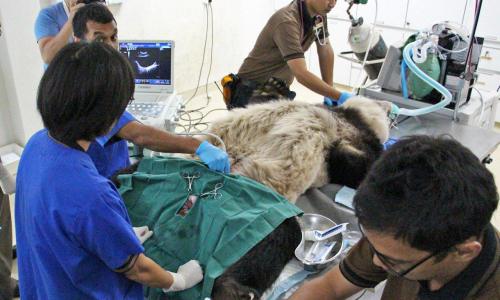 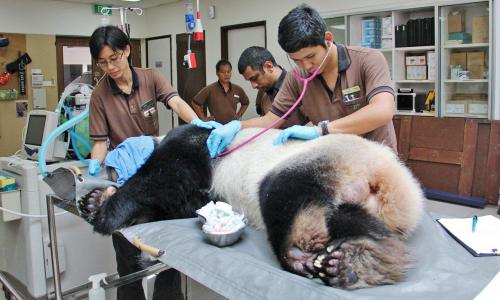