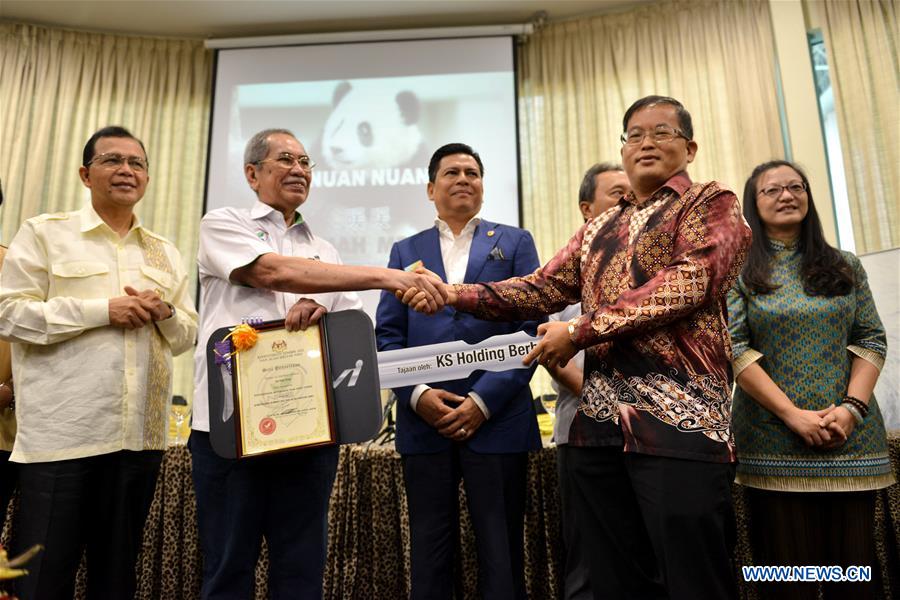 The 7-month old baby giant panda must have no idea what it means when she was given the name “Nuan Nuan” on Thursday. But panda-lovers consider her as another symbol of the warm relations between Malaysia and China.

“The name means friendliness and good-heartedness, which reflect the relations between China and Malaysia,” said Wan Junaidi Tuanku Jaafar, Malaysian minister of Natural Resources and Environment.

The name “Nuan Nuan”, which means “warm” in Chinese, was chosen from the more than 22, 000 suggestions collected from a naming competition from November to December last year, he said.

The competition, which requested participants to submit suggestions in Chinese character meaningful in the wordings, was widely participated by all walks of lives in Malaysia. Suggestions came not only from the local Chinese population who usually command Chinese, but also from the majority Malay population. 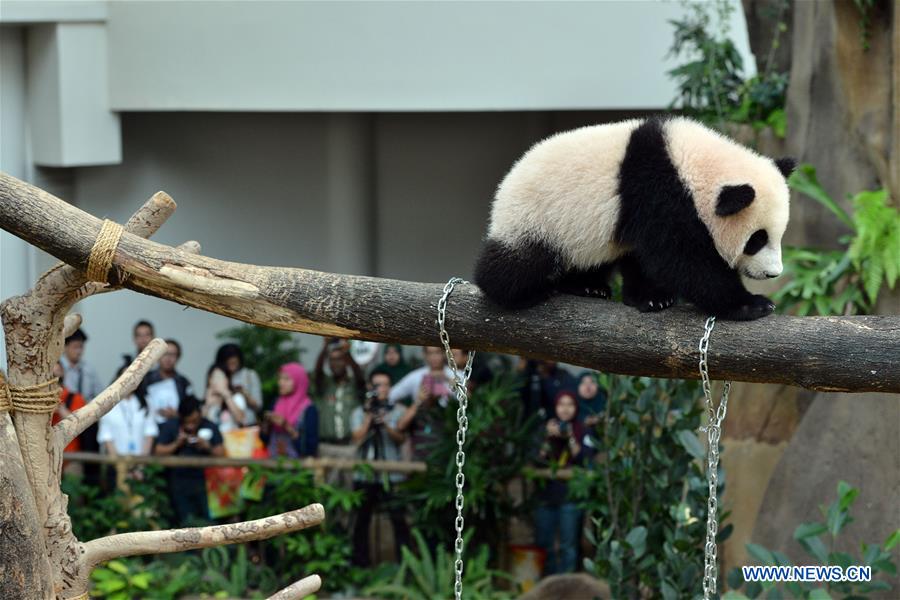 The names submitted to the competition have gone through rounds of selection before nine were shortlisted by the panel of experts.

“Nuan Nuan” was finally chosen for its good meaning and the fact that it stands for the warm relations enjoyed by the two countries, said Wan Junaidi.

The choice was agreed by the Chinese Wildlife Conservation Association and approved by Malaysian Prime Minister Najib Razak and his cabinet, said Wan Junaidi.

It was not easy to come up with a good name. “You have to do some research, find the suitable words, you also need to be focus on the sound, the name must be nice, easy to pronounce and nice to hear, at the same time the meaning must be meaningful,” he told Xinhua.

“I studied the characteristic of pandas. why are pandas pupolar all around the world, not only in Malaysia?” he said, “Basically they are very friendly, people want to see them because they are very tamed, unlike other bears like grizzlies which can be quite frightening.”

Despite being fascinated by giant pandas, he said it was a real surprise for him to win the naming competition.

The baby female giant panda was born on Aug. 18, 2015 in Malaysia’s national zoo. Her parents, Xing Xing and Liang Liang, arrived in Malaysia on loan in 2014, marking the 40 anniversary of the establishment of bilateral relations between China and Malaysia.

The arrivals of the giant pandas have drawn many visitors from all around the country to the national zoo. Panda-lovers in Malaysia were even more jubilant when Prime Minister Najib announced the birth of the baby giant panda last August.

Nuan Nuan was born less than 15 months after her parents arrived in Malaysia, setting a record of the shortest period of time of successful natural breeding outside China, said Wan Junaidi.

The birth of Nuan Nuan marked the close cooperation between experts from Malaysia and China, he said, adding that he hoped that the warm friendship, as reflected by the name of the baby giant panda, would continue to blossom in the future. 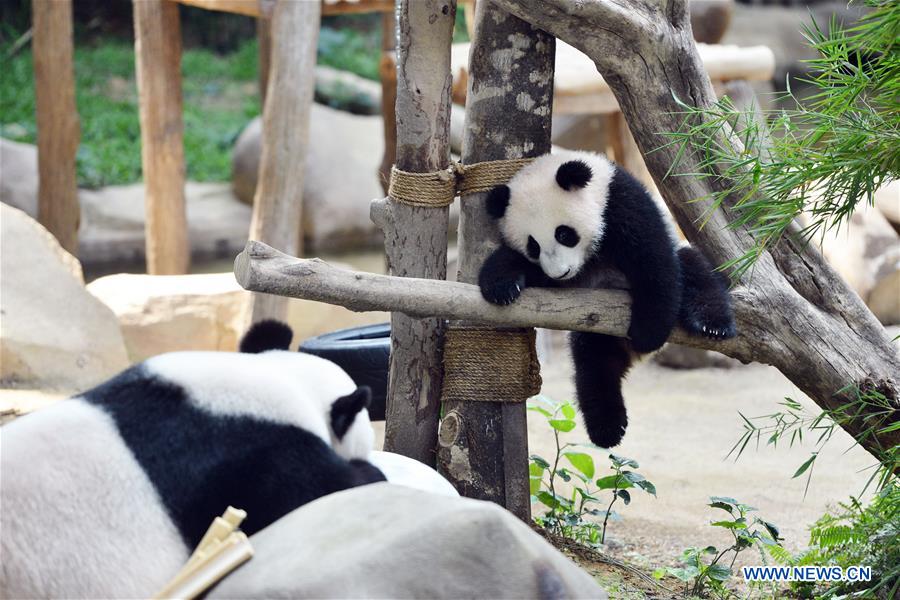 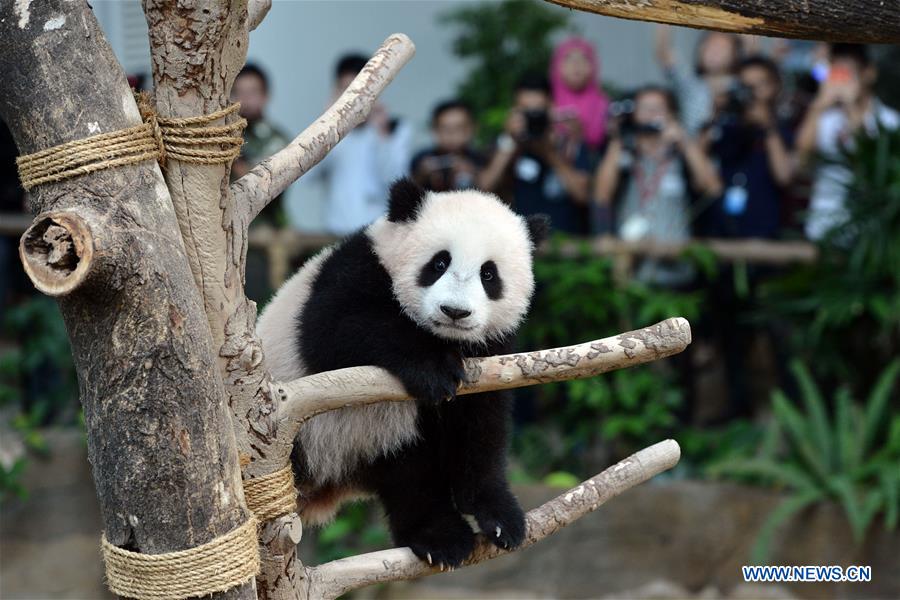 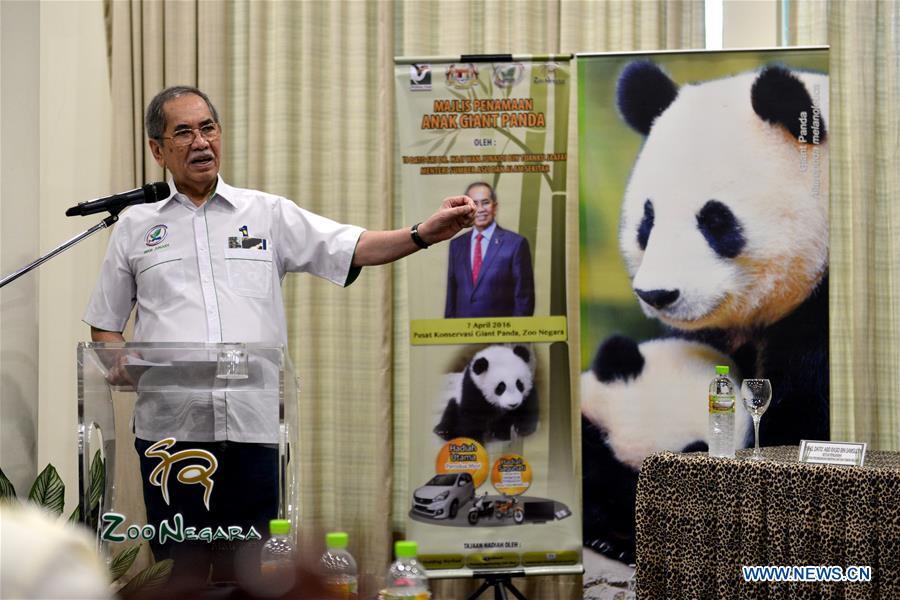