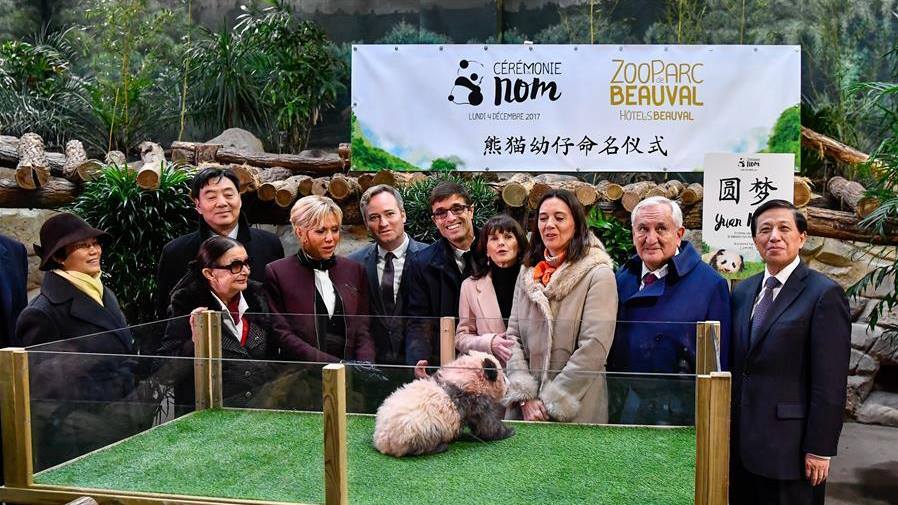 French first lady Brigitte Macron revealed the name of the first giant panda born in France on Monday. The decision fell on Yuan Meng which means “the realization of a wish” or “accomplishment of a dream”.
The name was chosen by Chinese authorities. The wife of Chinese President Xi Jinping, Peng Liyuan, said in a congratulatory letter: “The name of the panda represents people’s expectation for the friendship between China and France.” The letter was announced during the naming ceremony, which was also attended by China’s vice Foreign Minister, Zhang Yesui.
Macron said the pandas “are the illustration of an always productive dialogue between our two people, who for centuries have looked at each other, listened to each other and understood each other.”
Yuan Meng was born on August 4, 2017 and will be visible to the public from January 13, 2018. 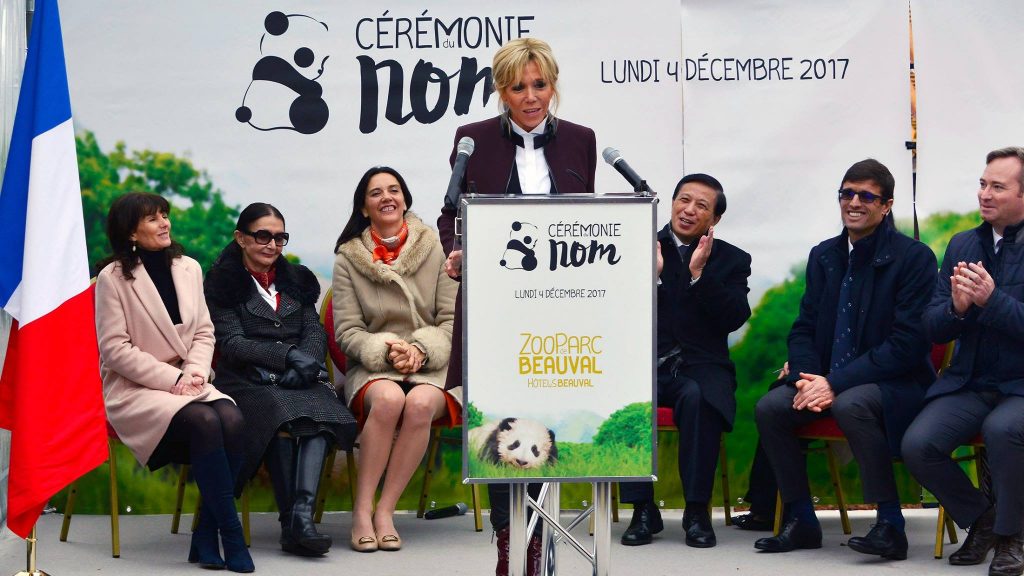