ZooParc de Beauval is expecting a pair of giant pandas 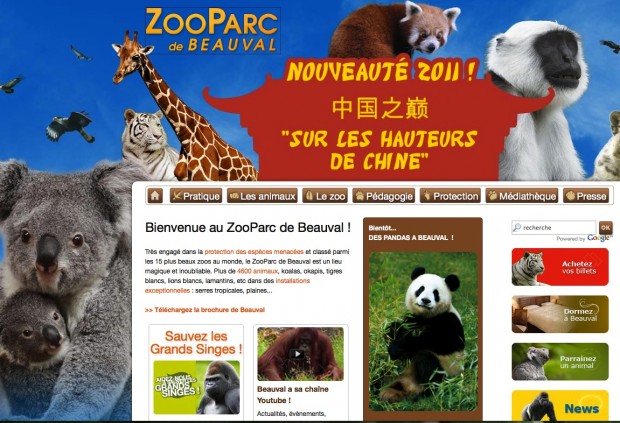 ZooParc de Beauval, Saint-Aignan, France is ready for a major national event… the arrival of a breeding pair of giant pandas in France.

It was expected that the Chinese Prime Minister Hu Jintao would give his ‘final go’ for the arrival of the 2 pandas at Beauval at the G20-Top. But the financial crisis in Greece monopolized the discussions. The French President Nicolas Sarkozy could not talk with Hu Jintao about China’s national treasure “da xiong mao”.

The French minister of Ecology, Nathalie Kosciusko-Morizet, visited the Chengdu Research Base of Giant Panda Breeding on November 6, 2011. She expressed her hope that the deal will be finished soon!
ZooParc de Beauval built an amazing new zone at their beautiful park: “Sur les hauteurs de Chine”.