Wen Li & Ya Li moved to the Guangzhou Zoo 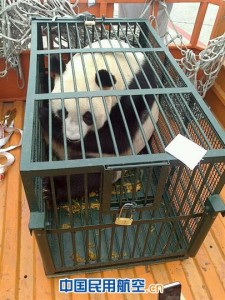 It has been reported that giant pandas Hao Hao, three-year-old daughter of Hua Mei, and Yun Yun, three-year-old son of Gong Zhu, returned to the CCRCGP Ya’an Bi Feng Xia Base on December 21, 2012. Both pandas went to Guangzhou Panyu Xiangjiang Safari Park in the summer of 2010 to participate in the Asian Games. […]