San Diego Zoo Global is the largest zoological membership association in the world, with more than 250.000 member households and 130.000 child memberships representing more than a half-million people. Members enjoy free admission to the Zoo and the Safari Park, a subscription to the magazine ZOONOOZ, and other benefits. Both Zoo and Park are open every day of the year.

Mission Statement
San Diego Zoo Global is committed to saving species worldwide by uniting our expertise in animal care and conservation science with our dedication to inspiring passion for nature.

San Diego Zoo
The 100-acre (40-hectare) Zoo is home to more than 3,500 rare and endangered animals representing more than 650 species and subspecies, and a prominent botanical collection with more than 700,000 exotic plants. It is located just north of downtown San Diego in Balboa Park.

San Diego Zoo Safari Park
The Safari Park is an expansive wildlife sanctuary that is home to more than 3,000 animals representing more than 300 species. Its renowned botanical collection represents 3,500 species and 1.5 million specimens. Over half of the Park’s 1,800 acres (730 hectares) have been set aside as protected native species habitat. It is located 30 miles (48 kilometers) north of downtown San Diego in the San Pasqual Valley near Escondido, California.

The San Diego Zoo has had a love affair with giant pandas ever since the visit of Basi & Yuan Yuan for 100 days in 1987. After years of red tape and tons of application paperwork, the San Diego Zoo and China agreed on a 12-year research loan of two giant pandas, Bai Yun and Shi Shi, who arrived at the Zoo in 1996. A brand-new exhibit area was built for the breeding pair, which has since been expanded and renovated and is now called the Giant Panda Research Station. In 2008, the panda loan was extended for another five years and it was renewed in 2013. 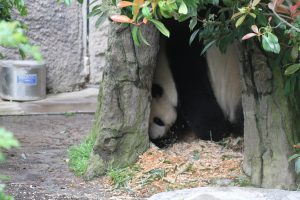 Study Reinforces Importance of Old Growth Forests in Panda Habitats In a paper recently published in the journal Biological Conservation, an international team of conservationists highlights the importance of tree dens for pandas raising infants in native habitats. The study, conducted in Fengtongzai and Foping Nature Reserves in China, analyzed the difference in microhabitats of cave […] 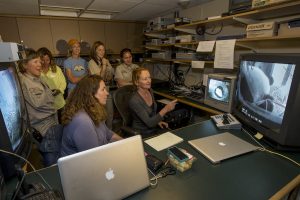 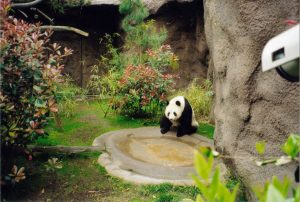 The San Diego Zoo prepares to say farewell to two much-loved giant pandas—however, its conservation efforts on behalf of this iconic species will continue. In honoring the terms of the Zoo’s conservation loan agreement with the People’s Republic of China, 27-year-old female giant panda Bai Yun (pronounced bye yoon) and her son, 6-year-old Xiao Liwu […]

The Extraordinary Legacy of Gao Gao 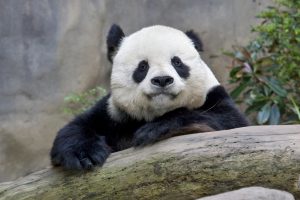 Article by Megan Owen, Ph.D., director of Population Sustainability at the San Diego Zoo Institute for Conservation Research: The giant panda conservation program has always been a collaborative one, and we have always worked closely with our Chinese colleagues along the way. Under the umbrella of giant panda conservation, we have developed a deep mutual respect and […] 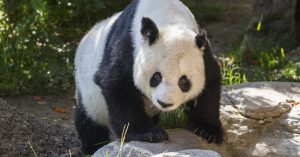 The San Diego Zoo said farewell today (Tuesday, Oct. 30, 2018) to one of its most iconic animals. Giant Panda Gao Gao (pronounced Gow Gow), a male panda and father of five cubs born at the Zoo, began his journey this morning to the Chinese Center for Research and Conservation for the Giant Panda (CCRCGP) […]