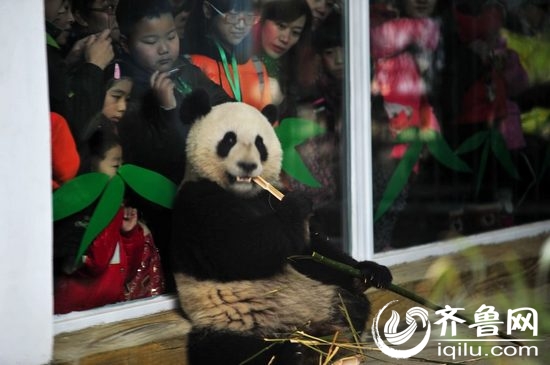 The Jinan City Zoo re-opened its Panda House on the morning of February 6, 2013. Hundreds of visitors went to see Fu Hu and Cai Yun on the first day. At around 10:45 the pandas made their debut, noticing the large crowd through the windows. After making a tour of their enclosures, and inspecting their audience, they finally settled down near the windows and began eating. 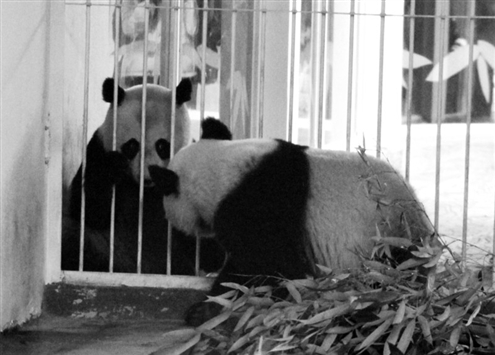 The Jinan City Zoo reports that giant pandas Fu Hu and Cai Yun may be placed together in the same enclosure. “Currently, the two giant pandas every morning will exchange when conditions allow as much as possible in the same cage.” The keeper informed zoo officials that youngsters often live together until they are about three years old; after that they tend to fight.

The zoo has reminded the public to “take good care of giant pandas, do not tap on the glass, do not feed the giant pandas.”

CCRCGP Keeper Zheng Yuanmin, has 12 years experience in taking care of pandas, and he is expected to remain in Jinan for at least six months.

Fu Hu and Cai Yun have adjusted quite well to life in Jinan, eating the local bamboo and supplements of apples, carrots and wowotou. When weather permits, they will be allowed to explore their outdoor habitat.