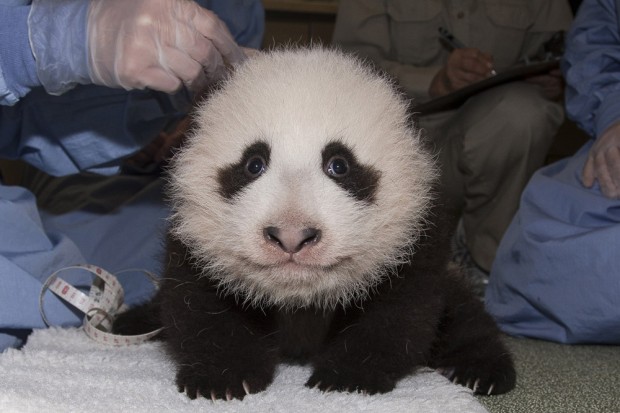 The San Diego Zoo is happy to announce the name of their newest giant panda cub, born on July 29, 2012! Following the Chinese cultural tradition of naming the giant panda after it is 100 days old, San Diego Zoo Global revealed his name tuesday morning: Xiao Liwu, which means little gift.

The zoo received over 7.000 suggestions for the little guy’s name, and nearly 35.000 votes for the final name. With only 1.600 giant pandas believed to exist in the wild, San Diego Zoo Global Wildlife Conservancy continues to work on conservation programs along with Chinese panda experts.

Watch Xiao Liwu right now at the San Diego Zoo PandaCam, and be sure to check out the special panda iPad edition of ZOONOOZ, which features an extensive look at the history of our panda program.