The Extraordinary Legacy of Gao Gao 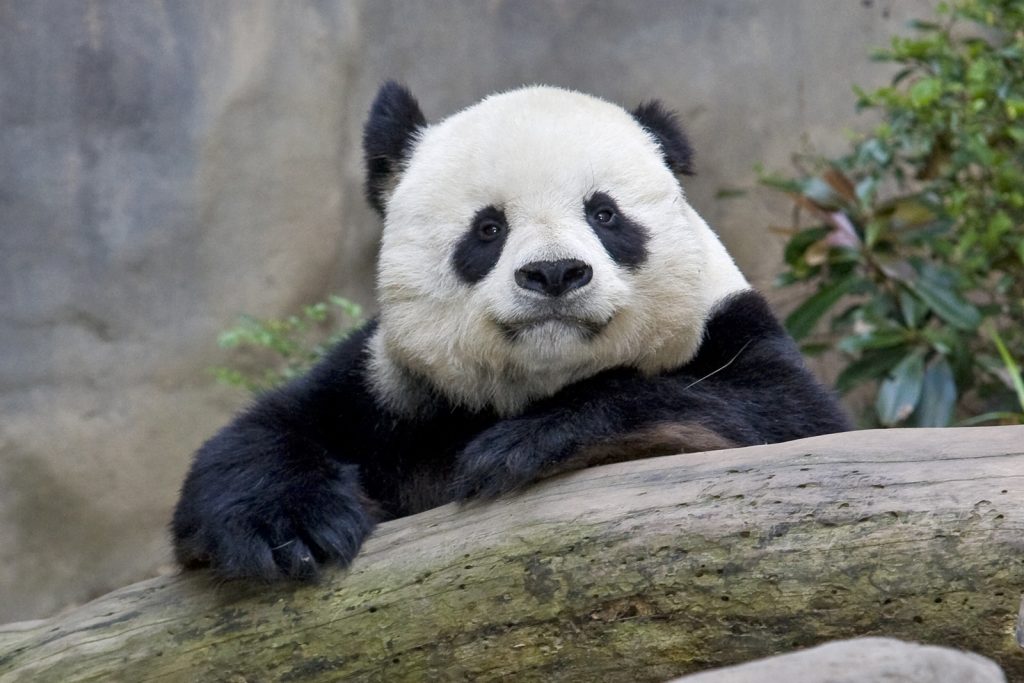 The giant panda conservation program has always been a collaborative one, and we have always worked closely with our Chinese colleagues along the way. Under the umbrella of giant panda conservation, we have developed a deep mutual respect and countless friendships. At this time, China has expressed their interest in having Gao Gao spend his last years in his home country. With respect for these wishes, our animal care team has spent much time and effort preparing Gao Gao for his journey home. We all know that he will be well cared for and loved when he settles into his new home, but it is still extraordinarily hard to say goodbye. Gao Gao is no ordinary bear: he has made immense contributions to our understanding of giant pandas as a species, and he has enriched the lives of all that have been fortunate to get to know him. I will miss him dearly.

Special Things, Big and Small
Having spent the last 22 years observing giant pandas around the world, I can say in all truth that there is very little about Gao Gao that is “typical.” Of course, like most pandas, Gao Gao spends a lot (a lot!) of his time sleeping, but somehow he has always seemed to sleep longer and more deeply than the average bear. His very furry paws seem extraordinarily furry, and his peaceful panda demeanor is extra sweet. These traits aside, the most prominent feature of Gao Gao’s legacy will be his contribution to our understanding of social behavior in giant pandas, and the fact that he produced more offspring through natural breeding than any other male giant panda in North America.

Small in stature, sweet in disposition, and having had no experience with a breeding female prior to coming to the San Diego Zoo in 2003, Gao Gao’s potential as a breeding male was not known. But when Bai Yun came into estrus soon after Gao Gao’s arrival, he quickly provided us with a demonstration of just how a giant panda male handles courtship and natural breeding! Gao Gao showed us that he was very interested in Bai Yun’s scent, both spending a larger proportion of his time investigating her scent and by responding in turn with his own version of the handstand scent mark that is unique to giant panda males. As Bai Yun moved through her estrus and her most prominent mode of communication switched to vocalizations, Gao Gao responded in kind with his own bleats. Finally, as Bai Yun’s behavior changed in a way that told us that she was ready to ovulate and that she would be receptive to mating, Gao Gao’s level of activity and Bai Yun-focused behavior increased.

When the time came to provide them with access to one another, we all watched (in complete silence!) as Gao Gao navigated the interaction with Bai Yun. And while we were a bit concerned that Gao Gao’s stature would leave him at a disadvantage (as Bai Yun was a substantially taller and larger than he) soon after their first nose to nose contact, Gao Gao seemed to size up the challenge and managed to navigate the courtship to a place in the enclosure that would improve his chances of success. The Giant Panda Team watched the interaction unfold, listening carefully for signs of trouble or success. After 20 minutes or so, we all heard a vocalization from Gao Gao that we had never heard before at the Giant Panda Research Station: a very special male bleat that signifies successful mating. Suffice it to say, we never doubted Gao Gao again!

Some Historical Context
To understand the programmatic impact of this first successful natural breeding between Gao Gao and Bai Yun, it’s important to understand the “state of the panda” at that time, and the experiences we had had at the San Diego Zoo with panda conservation breeding. In 1996, when Bai Yun and male Shi Shi first arrived at San Diego Zoo, the future for giant pandas appeared to be quite bleak. With fewer than 1,200 pandas remaining in the wild, a conservation breeding program was begun with the goal of establishing a sustainable panda population in China’s conservation centers and international zoos. Pandas born as a result of the breeding program would contribute to the reintroduction of individuals to wild, which in turn would augment the remaining free-ranging populations. However, the challenges of breeding giant pandas were great, and thus we, and our colleagues, embarked on a decades-long scientific journey focused on improving our understanding of the social needs of giant pandas.

Between 1996 and Gao Gao’s arrival at the San Diego Zoo in 2003, our efforts were continually thwarted by the complete disinterest in breeding demonstrated by Shi Shi. In discussions with our Chinese colleagues, we decided it best to exchange Shi Shi for another male, so that we could have an opportunity to study social and reproductive behavior in earnest. Having been rescued when he was a subadult, and smaller than your average bear, Gao Gao did not demonstrate any strong indications that he would be more interested in breeding, but our Panda Team moved forward full of hope. Suffice it to say that Gao Gao exceeded our hopes substantially and also showed us a slightly different version of successful male behavior.  No doubt that had he had to compete with other males to breed with an estrus female, as he would have to in the wild, he would have to come up with a different approach to succeed.  Over the years, it has been particularly fascinating to watch his communicative behavior—leaving very distinct marks along the walls of his enclosures where he has done countless handstand scent marks over the years.

Conservation Successes, New Challenges
The goals of San Diego Zoo’s Giant Panda Conservation Program have always been to use our expertise in science and animal care to contribute to the recovery of giant panda populations in the wild. Toward this end, the Giant Panda Team—an interdisciplinary group of San Diego Zoo scientists, keepers, veterinarians, and educators—has long focused on a range of projects that have provided important data and improved understanding of the social lives and ecological needs of these unique and charismatic bears. Importantly, as we have learned new aspects of panda ecology and biology, we have continually reevaluated our research priorities to ensure that we are effectively work towards the conservation of giant pandas as a species. In this way, some of the challenges we faced in 1996 are no longer challenges in 2018, while new challenges continue to emerge.

As of this writing, the status of giant pandas has improved, having been “downlisted” by the International Union for Conservation of Nature (IUCN) from Endangered to Vulnerable. This remarkable conservation success story was driven by an “all hands on deck” approach to conservation that has included large scale habitat preservation and a nascent reintroduction program that has been bolstered by a collaborative, international conservation breeding program. I am proud of the role that the San Diego Zoo has played in this effort.

San Diego Zoo Global will continue to work with our colleagues in China, to ensure the long-term survival of giant pandas in the wild and to conserve the habitat that pandas rely on, which holds countless other species of wildlife. While we are proud of the program’s successes, we know there is still a tremendous amount of work to be done to fulfill this long-term vision, and we will keep our sleeves rolled up accordingly!