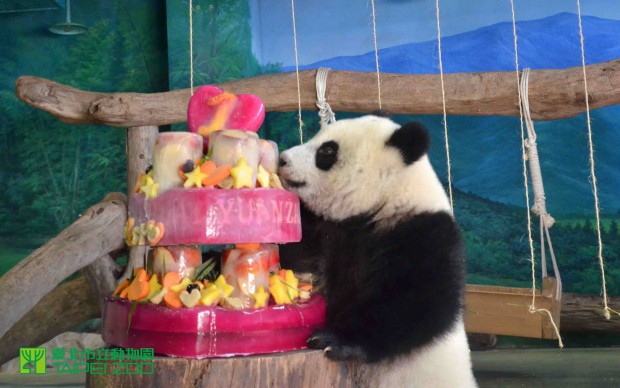 Thousands braved the summer heat to celebrate the first birthday of the first giant panda cub born in Taiwan, who has attracted hundreds of thousands of visitors in six months.

Around 3,000 people joined a 10-kilometre (6.2-mile) run which was part of a series of programmes marking the birthday.

Visitors, many of them children with parents, cheered Yuan Zai when she was presented with a birthday cake — made of apples, pineapples, carrots and buns and prepared by the zookeepers.

The main attraction was when the cub grabbed different cards in “Zhua Zhou”, a traditional crawling game for one-year-old babies in many Chinese communities.

The first card or object to be grabbed indicates a future career path or interest, according to custom.

Yuan Zai initially picked up the card for painter, among a variety of others.