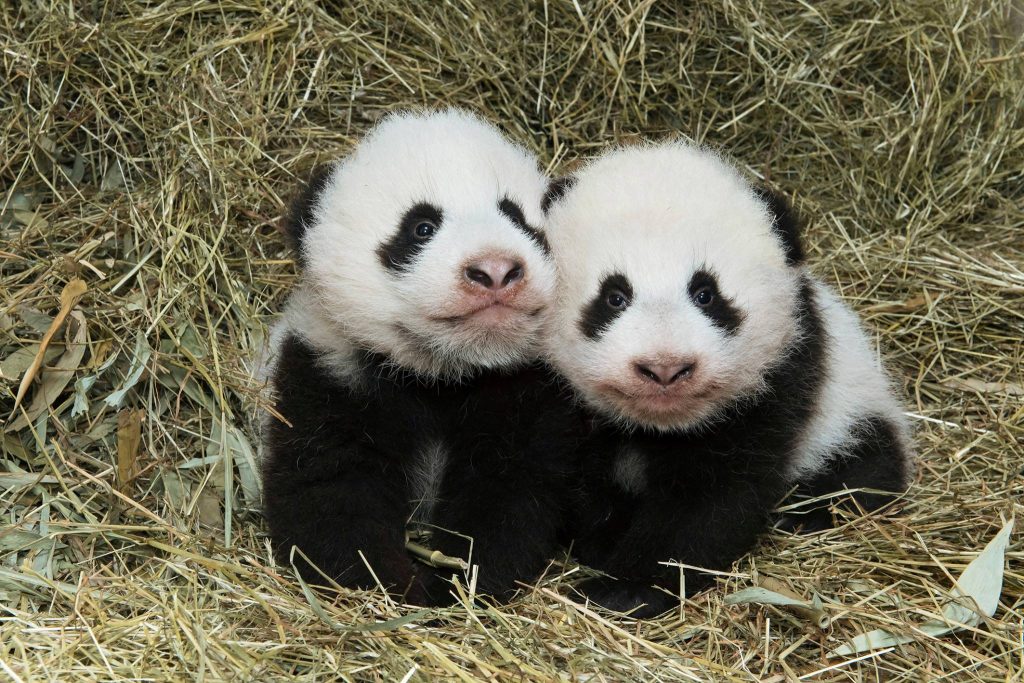 Zoo Vienna’s staff decided that the female would be named Fu Feng. An online voting contest was held for the name of the male. 12.000 fans voted during the past two week and with 48.3 procent of the votes, the male was named Fu Ban.

An official naming ceremony will be held on November 23, 2016, a big family party will follow on November 27.

Mother Yang Yang brought the cubs recently to a hollow tree in the inside enclosure. The keepers weighed the twins when mother went outside for a walk. Fu Feng weighs 4,26 Kg and Fu Ban 3,97 kg. After the weighing the cubs were placed back in the tree. It will depend on Yang Yang and the twins when the public will be able to see them for the first time. It is expected that the cubs will be able to climb out of the hollow tree by the end of the year. 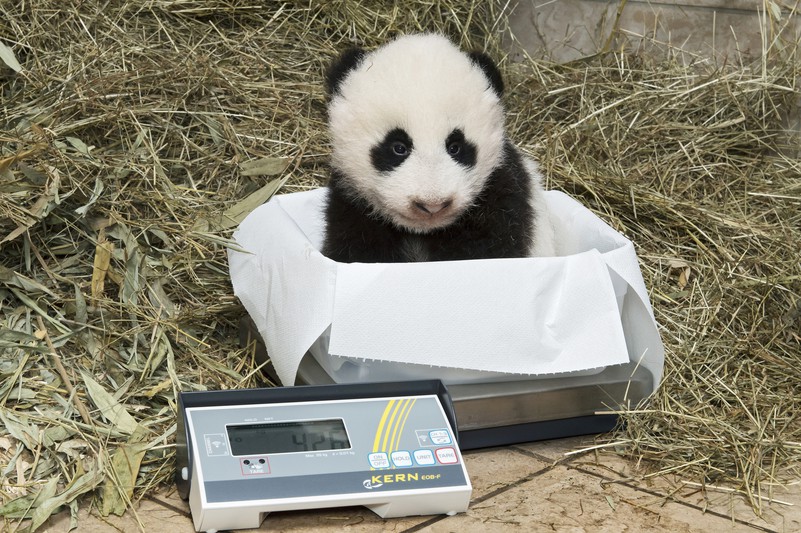 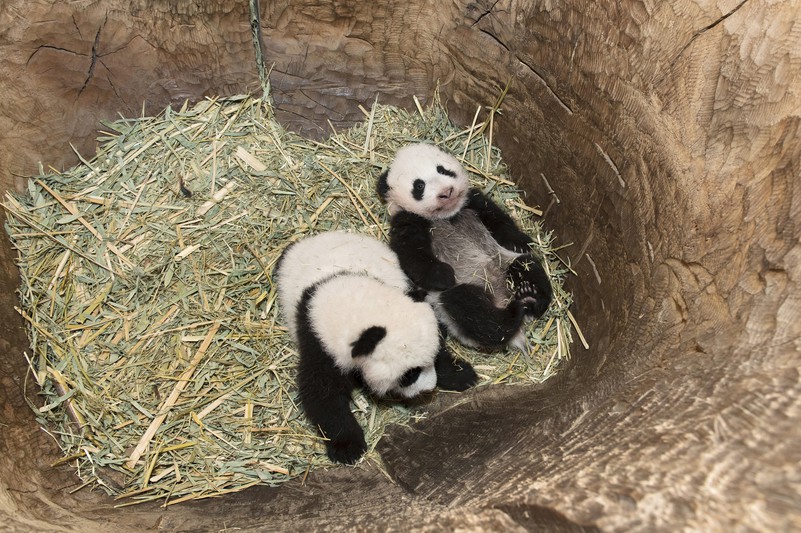 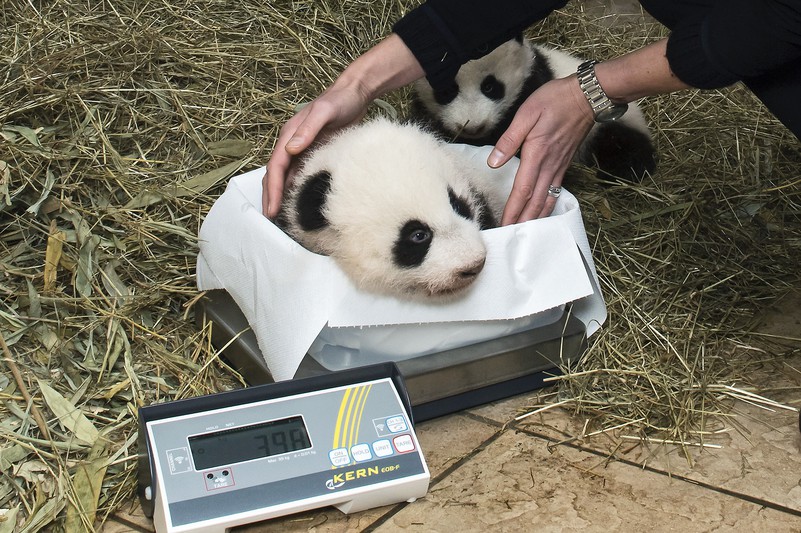 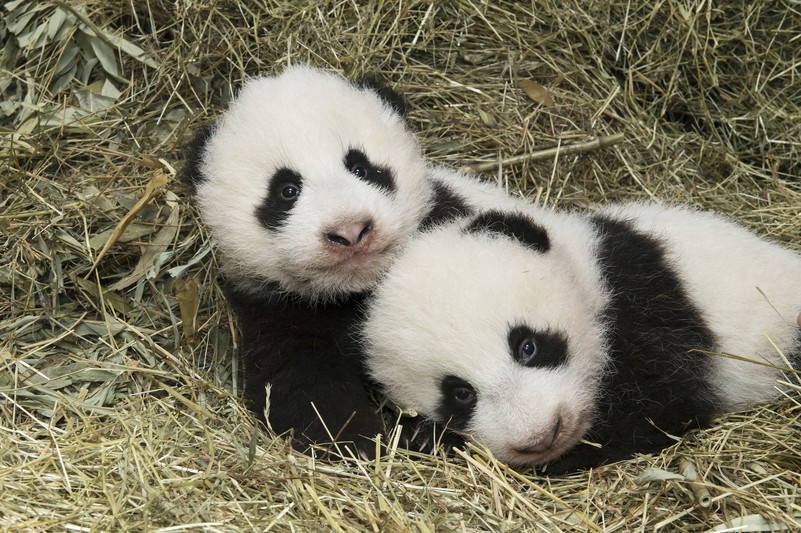 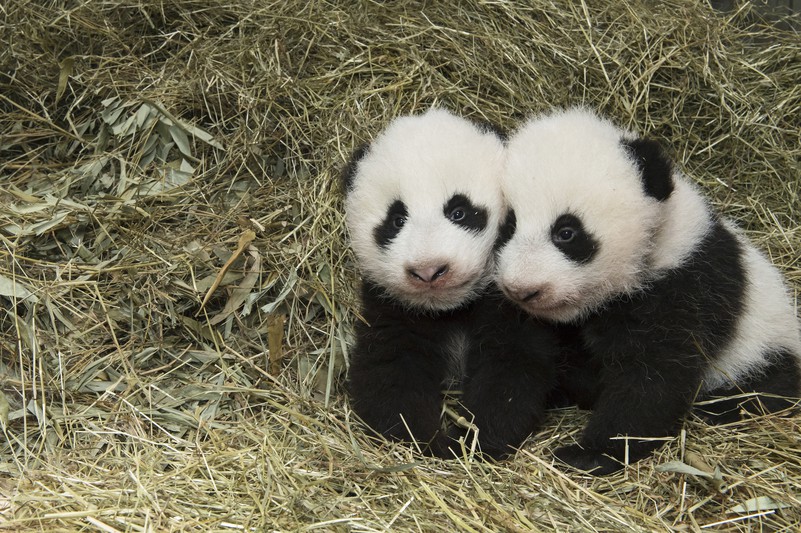