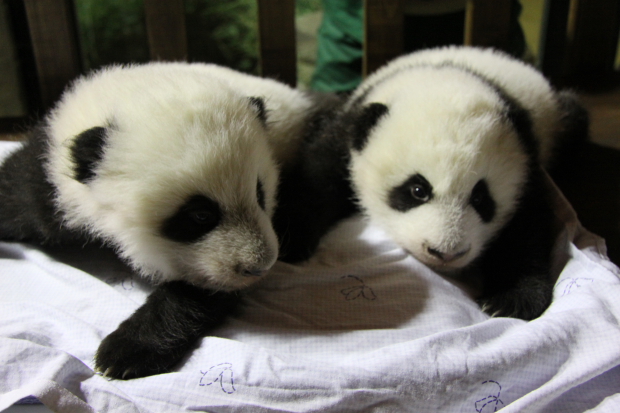 Zoo Madrid announced the names of the second panda cub today. Cub B will be named De De. The name of cub A, Po, was already released last week. It was the Spanish musical group Cantamos Contigo who announced the name. They have written a song for the cubs and performed this at the naming ceremony this afternoon at Zoo Madrid’s Dolphinarium.

As for the evolution of the cubs, they are developing well within the normal range for their age. The cubs weigh only around 6 kilos and started to play with balls and other small objects that they received from their keepers.