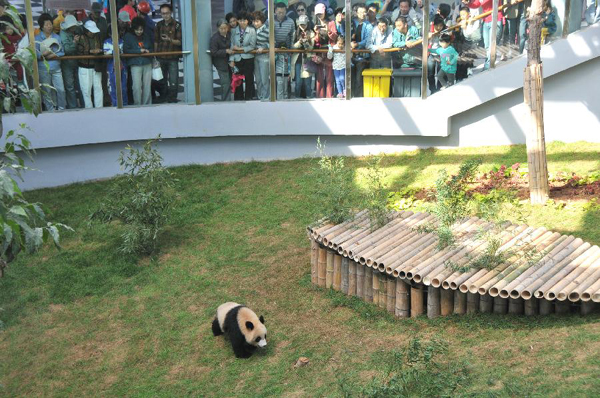 The pandas were brought to the house from the Ya’an Bi Feng Xia Base of CCRCGP in southwest China’s Sichuan Province.