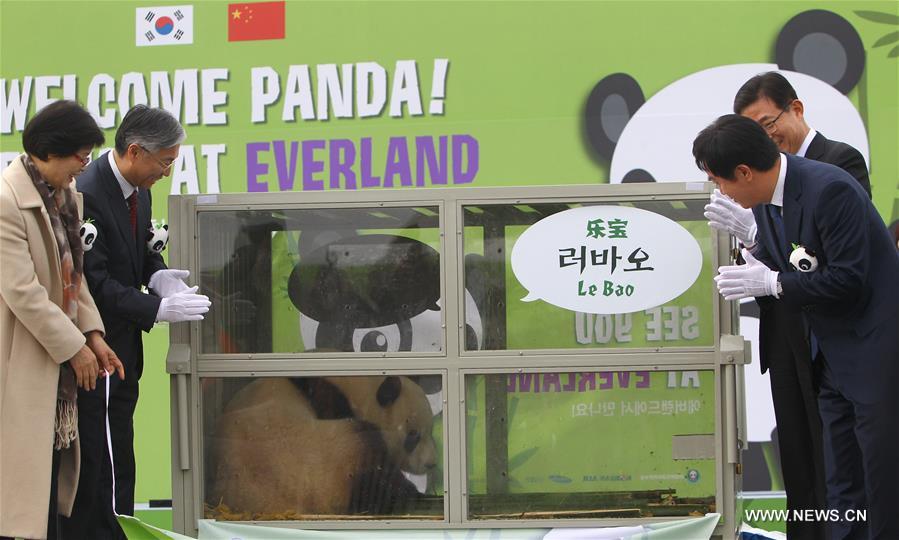 A pair of Chinese giant pandas arrived in South Korea Thursday on a 15-year lease, marking the first time in 22 years that the endangered bear species enters the South Korean territory for joint research purpose.

China had previously loaned a pair of pandas to South Korea in 1994, but they were returned back to their home country in 1998 when Seoul suffered from the Asian foreign exchange crisis.

To welcome the pair’s arrival in their new home, a celebratory event was held at the airport. The event was attended by hundreds of journalists and officials from both countries, including Chinese Ambassador to South Korea Qiu Guohong, South Korea’s vice environment minister Jeong Yeon-man and ruling Saenuri Party lawmaker Lee Woo-hyun.

The pair of pandas will live in the 3,300-square-meter Panda World at Everland, South Korea’s largest theme park about 40 km from capital Seoul in Yongin. 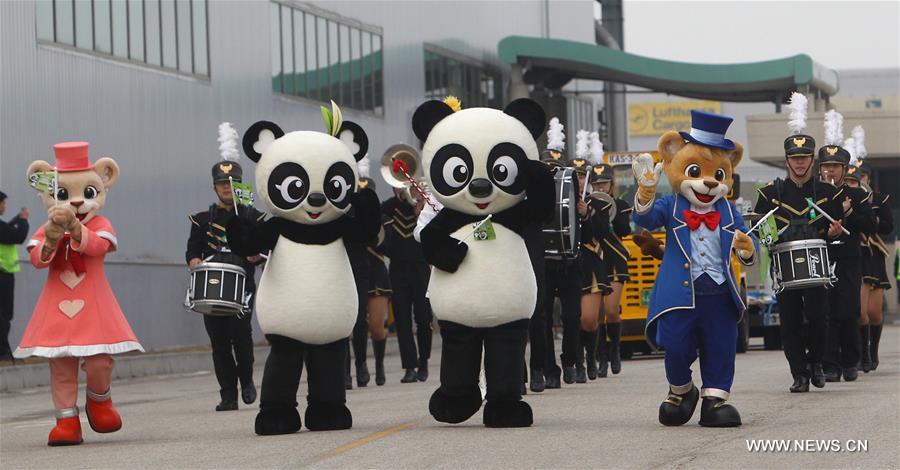 Everland has installed thermostatic and humidity equipment and planted familiar trees in Panda World to simulate the environment in Sichuan.

The pair will be unveiled to the public from April after a one-month period of adjustment to new environment. During the transitional period, they will be fed with Sichuan bamboo taken from the region.