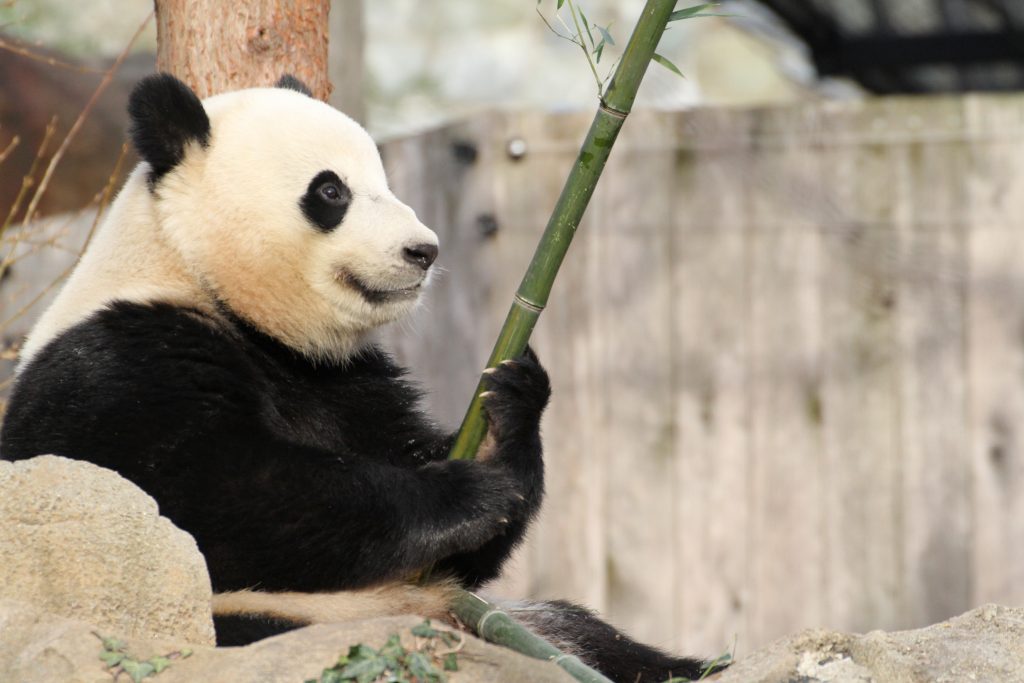 Bao Bao will depart the Smithsonian’s National Zoo for China in late winter, within the first few months of 2017. As part of the Zoo’s cooperative breeding agreement with the China Wildlife Conservation Association (CWCA), all cubs born at the Zoo move to China by the time they turn 4 years old. Bao Bao will turn 4 Aug. 23, 2017.

“Bao Bao is very special to us at the Smithsonian’s National Zoo,” said Brandie Smith, associate director of animal care sciences. “She was the first surviving cub born at the Zoo since 2005. She’s captured the hearts of people all over the world who watched her grow up on the panda cams, and she has been an ambassador for conservation. We are sad to see her go, but excited for the contributions she is going to continue to make to the global giant panda population.”

Panda keepers are already preparing Bao Bao for the move to make sure she is comfortable and safe during her journey. Part of the preparations will include acclimating Bao Bao to a travel crate. The crate will be placed in the David M. Rubenstein Family Giant Panda Habitat. At first, keepers will ask Bao Bao to walk through it every day. After she has adjusted to walking through the crate, they will acclimate her to spending short periods of time in it with the door closed. Keepers will offer her treats while she is in the crate.

When Bao Bao departs for China, she will be accompanied by one panda keeper and one veterinarian. FedEx will generously fly Bao Bao and the panda team from Washington, D.C. to Chengdu, China. FedEx also donated a dedicated aircraft to bring Bao Bao’s brother Tai Shan to China in 2010, and her parents, Mei Xiang and Tian Tian, to the United States in 2000. Traveling during the colder months mitigates concerns over keeping Bao Bao cool. The panda team will continuously monitor Bao Bao during the trip and will travel with a supply of her favorite treats, including bamboo, apples, pears, cooked sweet potatoes and water.

Upon arrival in Chengdu, Bao Bao’s new keepers will drive her to one of the bases run by the China Conservation and Research Center for the Giant Panda (CCRCGP). The American team will follow, and a panda keeper will remain with Bao Bao for a short time while she acclimates to her new home. Bao Bao will enter the giant panda breeding program when she reaches sexual maturity between 5 and 6 years old.

The Zoo will announce special opportunities for the public to say goodbye and celebrate Bao Bao before she departs for China, and more details will be available soon.

Bao Bao was born at 5:32 p.m. Aug. 23, 2013, at the Zoo’s David M. Rubenstein Family Giant Panda Habitat. She has been living separately from her mother Mei Xiang since March 2015. Giant pandas are solitary in the wild, and cubs separate from their mothers to establish their own territories between 18 months and 2 years old.

The veterinary team visited the giant panda habitat last week for routine checkups on all of the pandas. Of special note in his check-up, the team successfully collected blood and gave two vaccinations to Bei Bei. He held still for the procedure because keepers treated him to honey water.
Keepers have been working with Bei Bei to participate in voluntary veterinary examtraining since he was about six months old. They started with very basic behaviors such as asking him to touch a target with his nose. Since then they have introduced him to the training chute and the blood draw sleeve.
Bei Bei seems to be well ahead of the learning curve.Tai Shan was 25 months old before he participated in his first blood draw. Bao Bao was 27 months old. Bei Bei recently turned 13 months old.
Source: Smithsonian’s National Zoo
Share this Post: