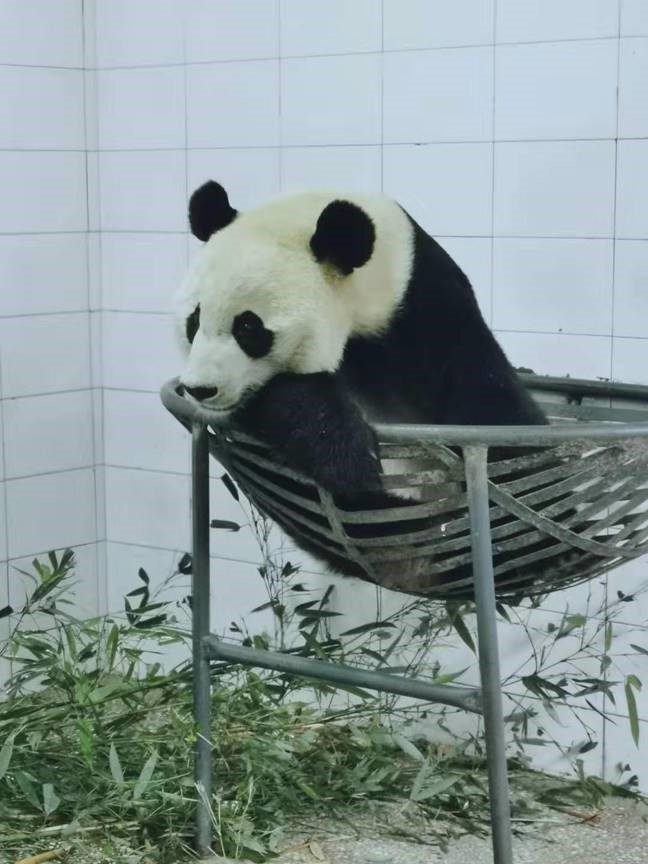 Bei Bei is settling in at his new home in China at the Bifengxia panda base.  He did really well on the FedEx Panda Express and mostly ate and slept during the 16-hour trip. Laurie Thompson, assistant curator of giant pandas and Don Neiffer, chief veterinarian provided his in-flight snacks and made sure he had bamboo, water, apples, carrots, pears and sweet potatoes. A few times when they checked on him, he was sound asleep in his crate.

After the long transcontinental flight, the plane landed at the Chengdu airport. A team from the China Conservation and Research Center for the Giant Panda met Bei Bei, Laurie and Don at the airport. After unloading Bei Bei from the plane, everyone drove about 90 miles to the Bifengxia base where Bei Bei moved to his quarantine enclosures. All animals undergo a quarantine period after they move to a new home to ensure that they are healthy. Bei Bei has an indoor enclosure with a hammock and a yard that he can use while he is in quarantine. The yard is as large as the yard he had at the Zoo. He was a little overwhelmed by the new people and sounds at first, but he quickly adjusted to his new surroundings.

Last Thursday, the panda base had a welcome party for Bei Bei. After the party, Laurie had time to talk about Bei Bei with his new keeper. She showed her the training behaviors Bei Bei mastered during the past four years, including holding his arm out for a blood draw, lying down, presenting his paws and opening his mouth for a quick dental check. Afterwards, he trained with his new keeper and did all of the behaviors she asked for.

He seemed to really enjoy the many types of bamboo that grow around the base, especially the bamboo shoots. Bamboo shoots are tender parts of the bamboo and filled with water. All of the giant pandas love bamboo shoots, but where the Zoo is located in the United States they only grow in the spring. Now, Bei Bei will be able to eat bamboo shoots all year round. He also tried some new foods. On Friday, Bei Bei ate the panda bread that is made especially for the pandas living at the bases. And, he ate a carrot for his new keeper which was encouraging since he does not particularly like carrots.

He also has a little bit of home with him at Bifengxia. Laurie brought his red ball, which he likes to curl up and sleep with tucked between his arms.

Don also talked with the veterinary staff at the base to give them a medical history of Bei Bei and answered any questions they had about him. 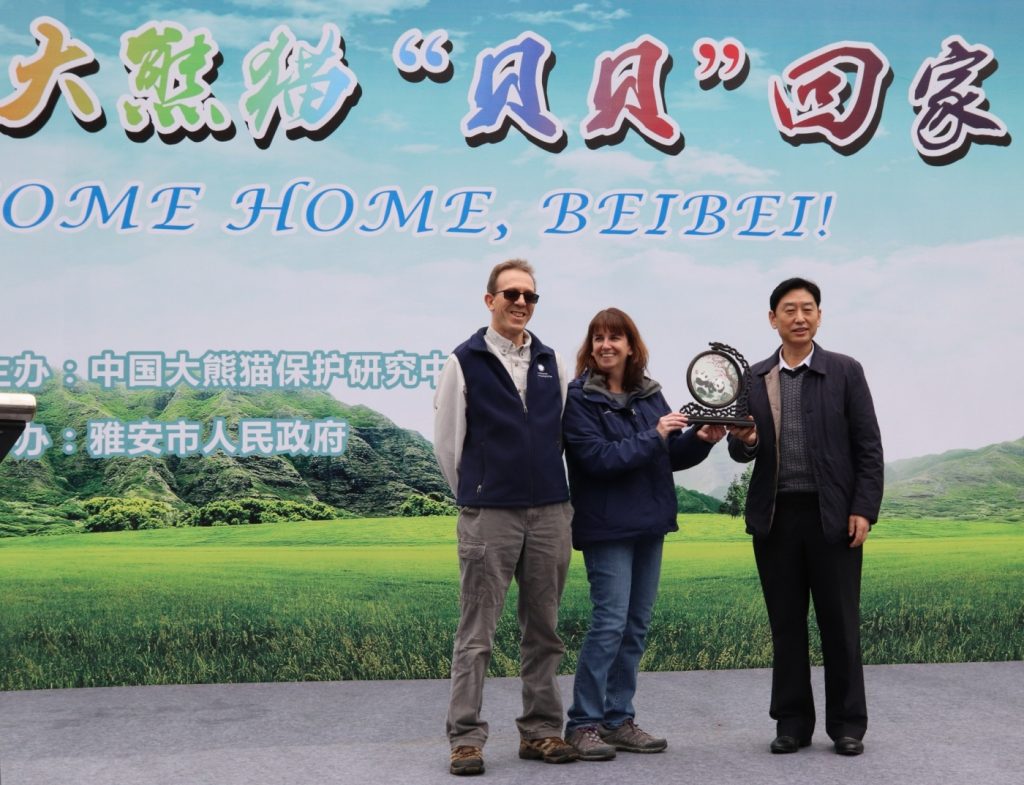 On Friday afternoon, Laurie and Don departed the base and traveled back to Chengdu to prepare for their flight back to the United States. By the time they left the base, Bei Bei was spending time outside and seemed to be adjusting well.

Back at the Zoo, Mei Xiang and Tian Tian have been taking advantage of having access to all of the panda yards again. Mei Xiang went into Bei Bei’s old yard Tuesday morning for a slight change of scenery. Tian Tian had access to Mei Xiang’s yard and his yard, which he really enjoyed. He spent time climbing trees and scent-marking. Hopefully, there will be some snow this winter for them to play in.