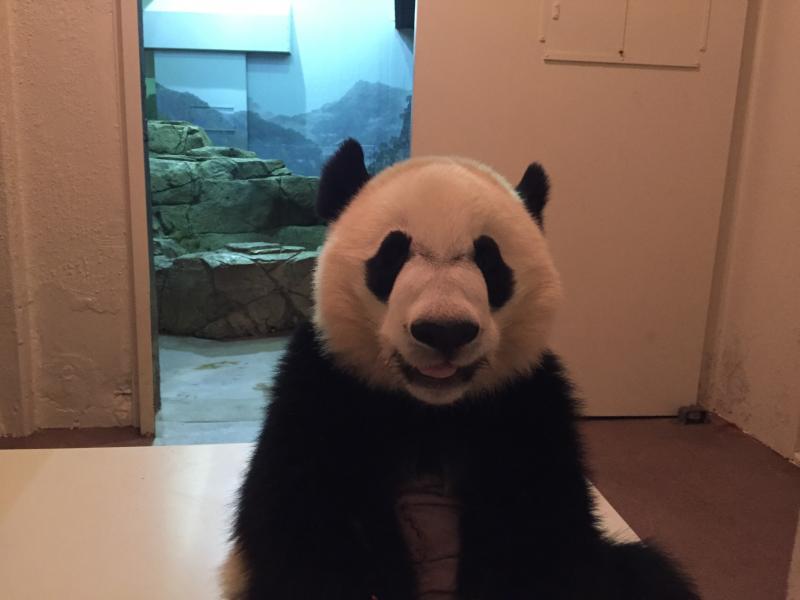 Giant panda cub Bei Bei is recovering nicely following emergency surgery to remove an intestinal blockage—a lemon-sized mass of chewed up bamboo. Following the successful procedure, Zoo staff returned Bei Bei to the David M. Rubenstein Family giant panda habitat. Keepers were encouraged to see that he moved well and was bright, alert and engaged during their interactions. To kick-start his digestive system, keepers served Bei Bei small portions of his favorite soft foods throughout the day: apple slices, leave-eater biscuits soaked in water and bites of sweet potato that contained antibiotic and antacid medications. He heartily ate what he was given, and urinated and defecated normally. To minimize his movement, Bei Bei was separated from Mei Xiang, initially. The pair has been reunited, but animal care staff are taking extra precautions to ensure Bei Bei is eating only his modified diet. Bamboo would be too difficult for his digestive system to process at this time, so keepers separate Mei Xiang and Bei Bei while they are eating.