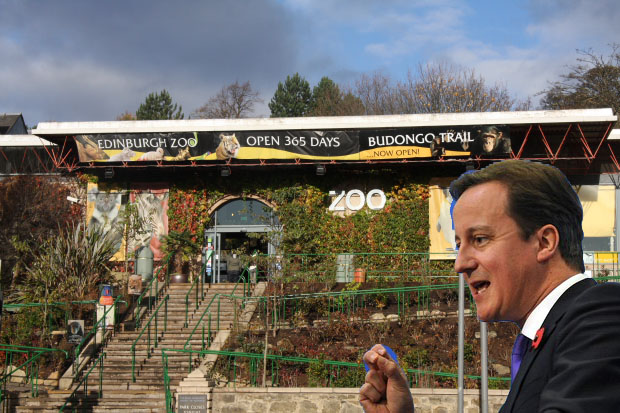 Prime Minister David Cameron has moved a long-awaited agreement to bring two pandas to Edinburgh Zoo a step closer by lobbying for the deal on his recent trip to China. Zoo bosses said Mr Cameron had raised the issue during his official visit to Beijing earlier this month.

It comes as documents obtained by the Evening News show that First Minister Alex Salmond wrote to China’s foreign minister in September, saying that he was hopeful that “oustanding issues” preventing the panda deal could be resolved.

David Windmill, outgoing chief executive of the Royal Zoological Society of Scotland, which owns the zoo, said the recent death of a giant panda in Kobe Oji Zoo, Japan had led the Chinese to re-negotiate clauses in the contract agreed with Edinburgh.
Mr Windmill said: “Discussions and negotiations are still continuing. We are aware there were discussions during Prime Minister Cameron’s recent visit to China. There are one or two problems – a giant panda died in Japan only a few months ago and as a result we had to re-negotiate clauses in the agreement. The giant pandas are about the longer-term development of the society. The recent news is about the short term. We’re still hoping that the pandas will arrive in the back end of next year. It will take about a year to prepare things, so the sooner we reach agreement, the better.”

It is now more than two years since a letter of intent was first signed between the UK and China outlining plans to bring the pandas to Edinburgh.