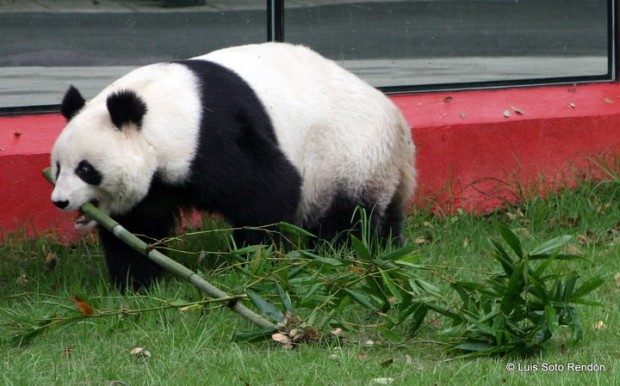 Shuan Shuan lives at the Guadalajara Zoo since July 8, 2010. She is loaned from the Chapultepec Zoo until January 2011. The 23 year old female was born at Chapultepec Zoo. She is one of only four giant pandas who don’t belong to China. Her parents, Pe Pe & Ying Ying, were a goodwill gift from the Chinese government when vice-premier Chen Yuachi visited Mexico in 1975.

Luis Soto Rendón, her keeper in Guadalajara, has given us these picture of Shuan Shuan at the Guadalajara Zoo.