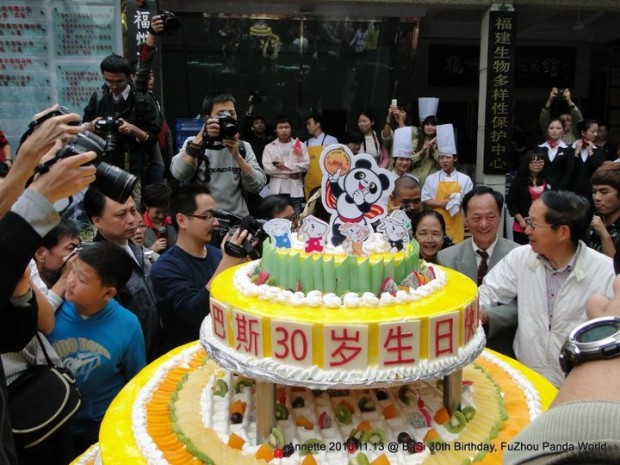 She was found starving high in the rugged Qionglai Mountains of central China. The starving female panda, who was named BaSi after the gully in which she was found (Ba Si Gou), was nursed back to health in a Baoxing County giant panda resuce station that had been set up by the Chinese government. BaSi was starving because the bamboo died in 1983, the year before she was rescued, in several regions of the Qionglai Mountains. After BaSi regained her strength, she moved to the Fuzhou Zoo. She arrived at her new home on May 6, 1984. She is famous for her training exercices. BaSi was the prototype of “Pan Pan”, mascot of the 1990 Beijing Asian Games.

Here are some pictures of Annette Yuen who was in Fuzhou to celebrate BaSi’s Birthday: