Bai Yun Turns 26, Celebrating Life as an Ambassador of Hope 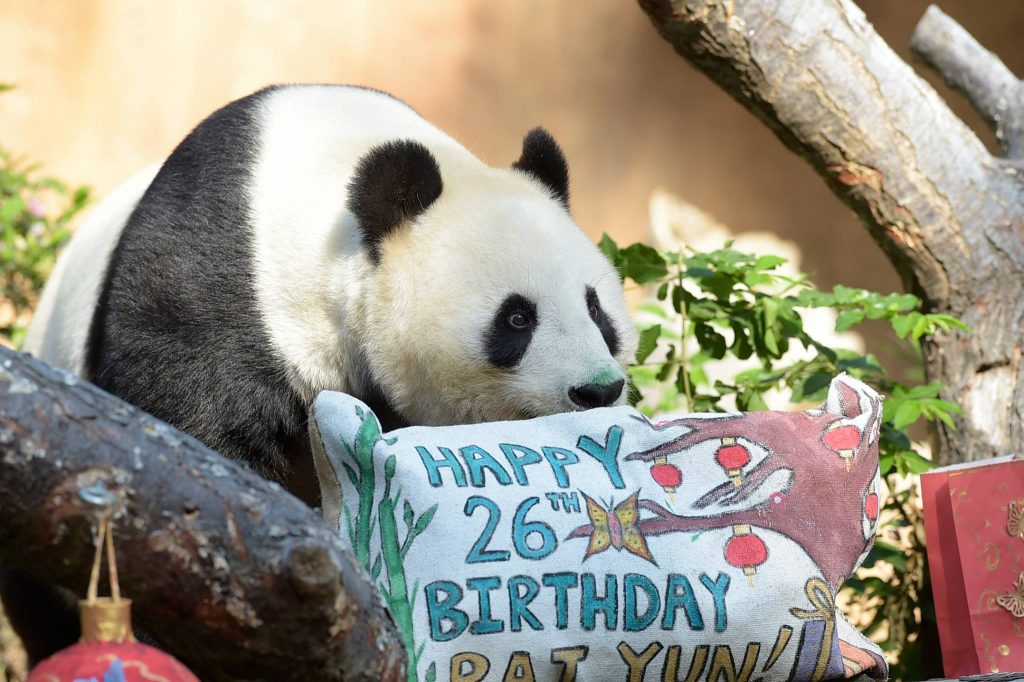 There was a festive atmosphere at the San Diego Zoo’s Panda Trek this morning (Sept. 7, 2017), as animal care staff and zoo volunteers threw a lavish party for giant panda Bai Yun’s 26th birthday—celebrating the matriarch’s life as an “ambassador of hope” for her species. The panda habitat was decorated with traditional red birthday envelopes stuffed with tasty treats, pillows packed with hay, a simple panda bread cake decorated with apple slices, and little goodie bags topped full of snacks—each with the names of Bai Yun’s cubs written on the front.

Zoo guests watched as Bai Yun enthusiastically opened each of her present boxes and goodie bags, devouring all the treats inside. She also gobbled up every morsel of her panda bread cake, took a long drink of water and, after all that partying, decided to lie down for a well-earned nap. Panda keepers described the birthday bear as an energetic older animal, still curious and playful. They said she brings joy to anyone who visits her habitat and delights the crowds with her good-natured charm and grace.

“Bai Yun has been an amazing asset to our panda conservation program over the past two decades,” said Kathy Hawk, senior keeper at the San Diego Zoo. “Even though it’s her 26th birthday, we wanted to let our guests to know why she’s here. Since she’s been at the San Diego Zoo, we’ve learned a great deal about her and her species through her—including mother-infant relationships and overall panda biology. And for that we celebrate her.”

Bai Yun arrived at the San Diego Zoo in September 1996—just one year before the Zoo began its historic giant panda breeding program. She was the first giant panda to successfully give birth to surviving cubs in the United States—at a time when the species was on the brink of extinction. Since then, she has helped researchers and keepers learn much more about panda behavior, pregnancy, birth and maternal care.Last year, the International Union for Conservation of Nature (IUCN) reclassified the giant panda as Vulnerable, instead of Endangered—indicating in their report that current conservation efforts are working; however, panda breeding and habitat loss remain a problem, so more work still needs to be done to grow the species and provide giant pandas with suitable places to thrive. Currently, scientists count nearly 2,000 giant pandas living in their native habitats—and the majority of them are adults.

The San Diego Zoo’s giant pandas are on a research loan from the People’s Republic of China. As part of this long-term program, the Zoo, in conjunction with Chinese panda experts, continues to work on science-based panda conservation programs. The Zoo also collaborates with the Chinese Academy of Sciences in studies of behavior, ecology, genetics and conservation of wild pandas. 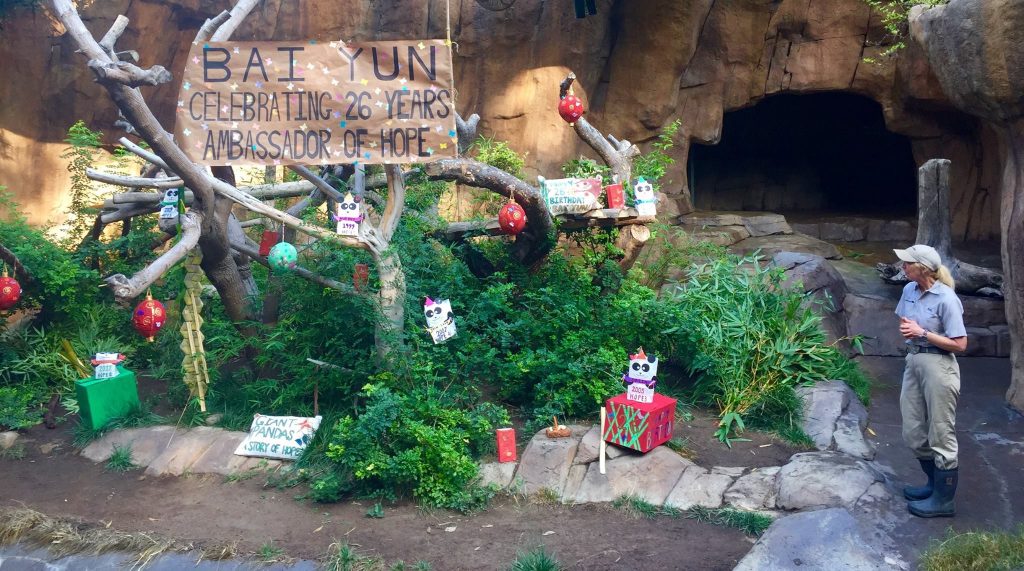 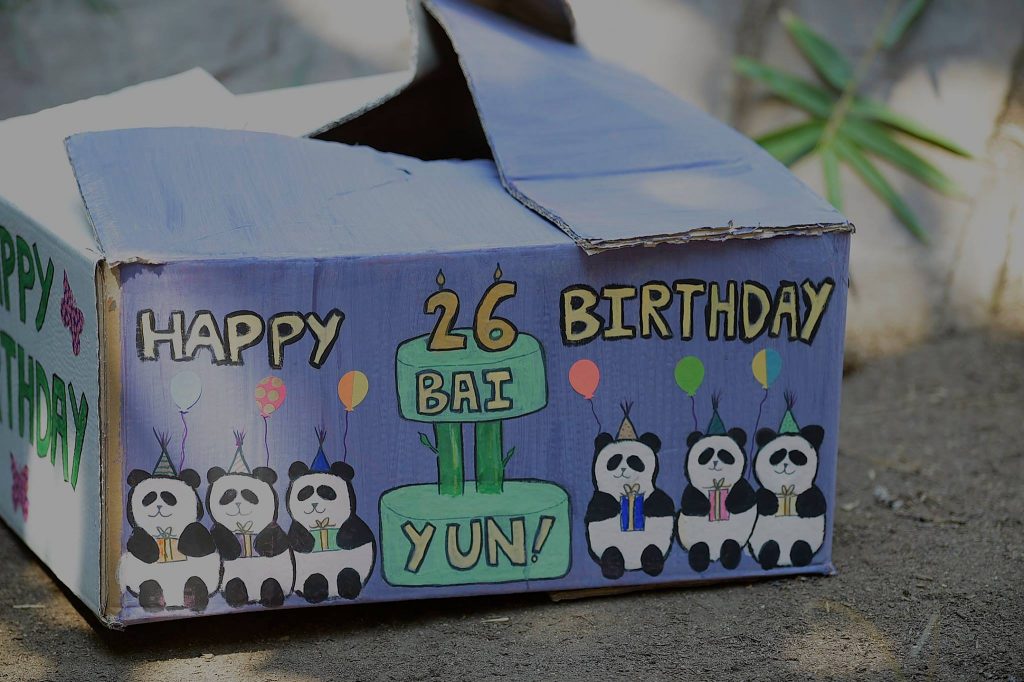 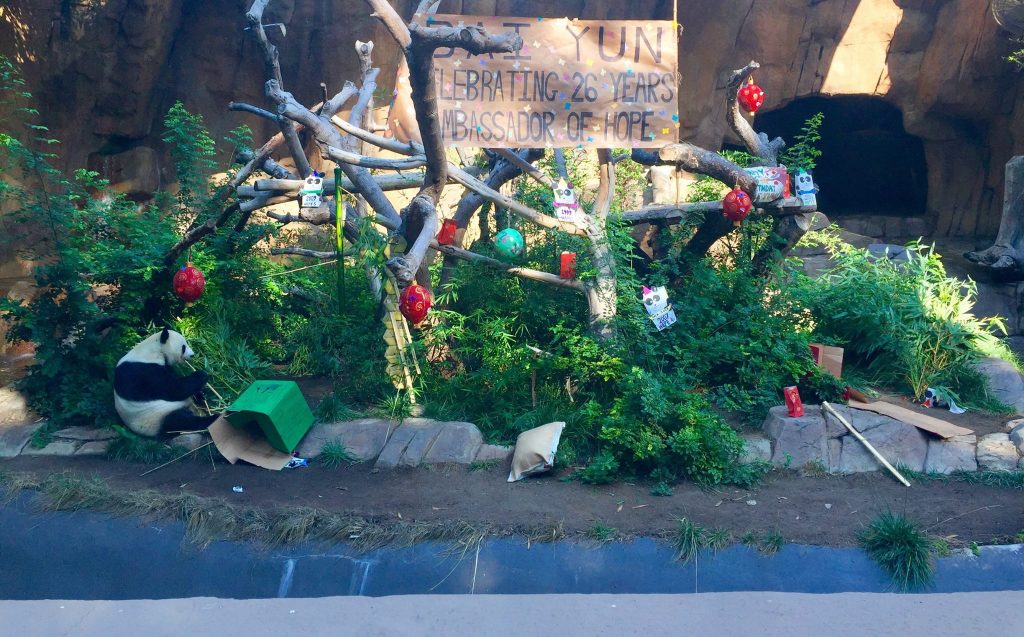