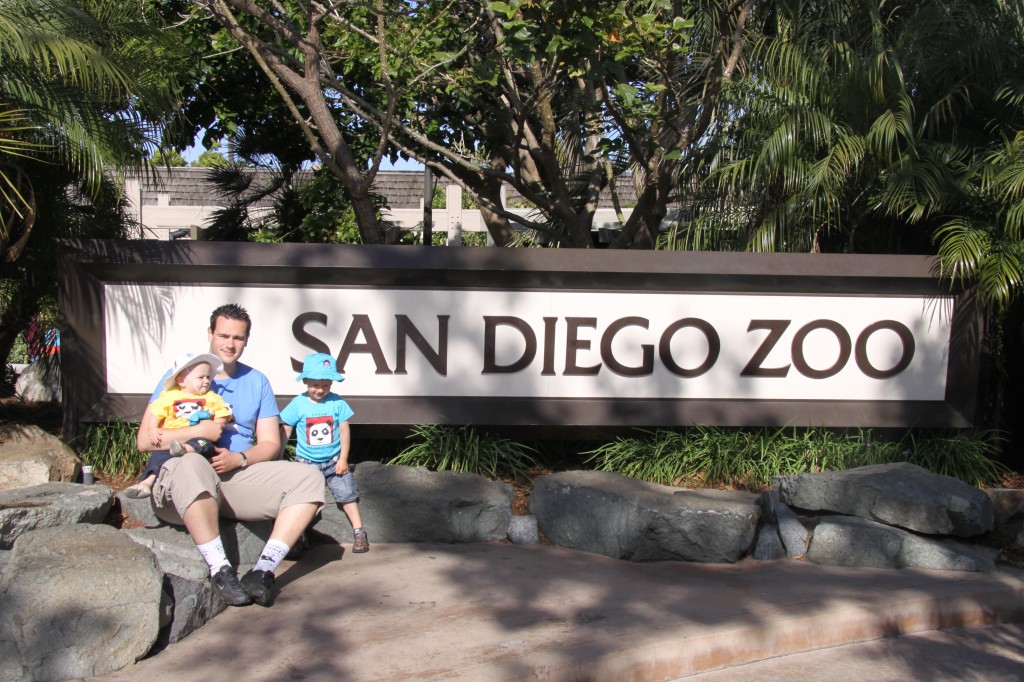 It has been 4 years since I last visited Southern California and I was very happy to see Bai Yun, Gao Gao & Yun Zi @ San Diego Zoo’s Panda Canyon.

San Diego’s Panda History started when the People’s Republic of China sent two giant pandas, BaSi and Yuan Yuan, to the San Diego Zoo for a 200-day loan in 1987. This loan was symbolic of the San Diego Zoo’s long-term friendship and valuable animal trade relationship with the Chinese government and zoos. BaSi & Yuan Yuan pandas were loaned from Fuzhou Panda World and were exercised daily by their keepers. More than two million people were able to view the pandas during their stay. Yuan Yuan died in Fuzhou on July 9, 1995. BaSi became 30 years old last year and still lives at Fuzhou Panda World.

China agreed to loan a pair of giant pandas to the San Diego Zoo for 12 years in an international effort to save the rare animals from extinction. The female, Bai Yun, was born on September 7, 1991. She was the first panda born at the China Research and Conservation Center for Giant Panda in Wolong. The male, Shi Shi, was a wild-born panda, who was found critically wounded on March 30, 1992.

Bai Yun and Shi Shi arrived at the San Diego Zoo on September 10, 1996. A brand-new exhibit area was built for them, which has since been expanded and renovated and is now called the Giant Panda Research Station. The San Diego panda facility can comfortably house up to six pandas.

Shi Shi spent six years in the United States as part of San Diego Zoo’s research program. He returned to China on January 9, 2003. He died in Guangzhou on July 5, 2008.

A new male, Gao Gao, moved to San Diego. Gao Gao arrived at the San Diego Zoo on January 15, 2003 and gave the researchers the opportunity to observe the actions of a male panda in the prime of his life. And Gao Gao proved to be a good breeder… 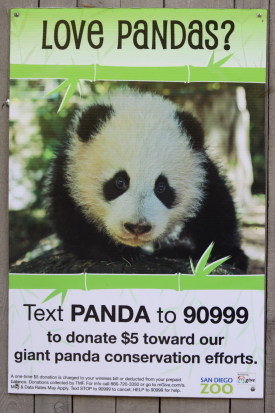 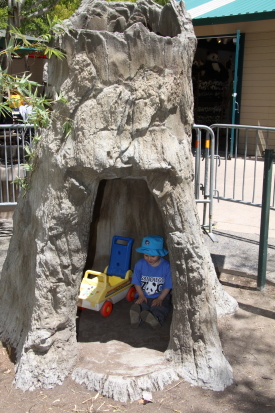 A new panda agreement was signed in December 2008, keeping the pandas in San Diego for 5 extra years.

Su Lin mated this Spring and could be pregnant. She has been moved to a “semi-natural” enclosure, implying that her offspring may be a candidate for reintroduction in the wild.

Bai Yun & Gao Gao mated again this Spring, so we all keep our fingers crossed to see if she will give birth to a sixth cub this August… The zoo is also renovating the area around the panda enclosures, and the new zone ‘Panda Trek’ will open later this Summer… It will be another exciting year in San Diego. 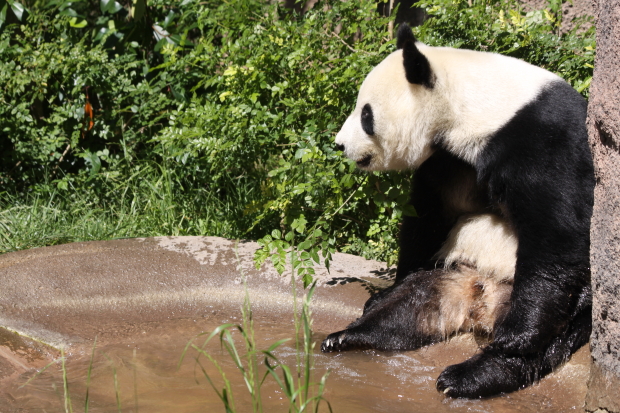 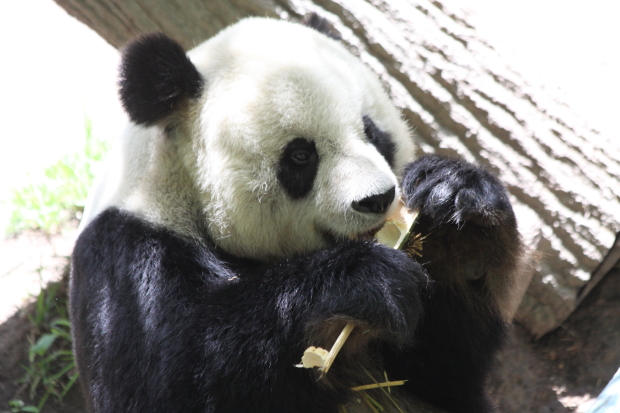 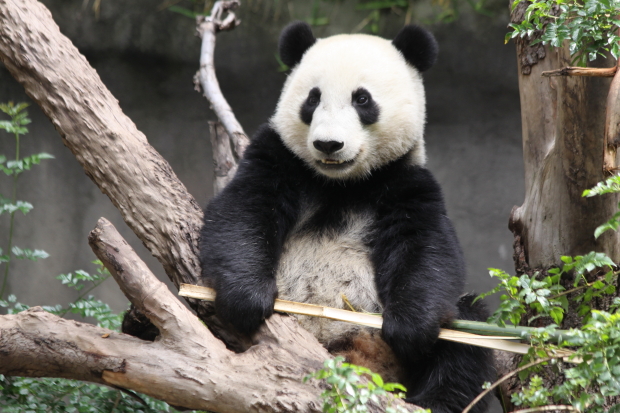 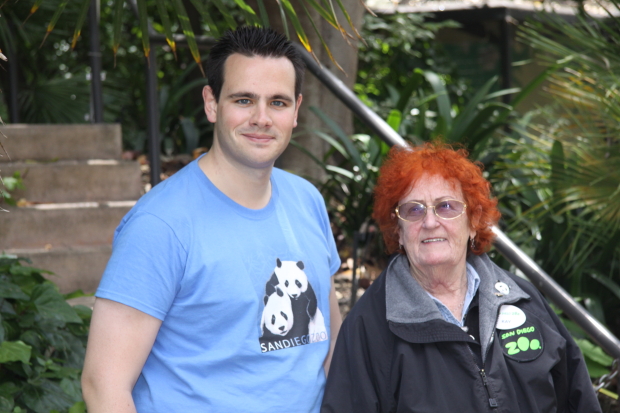 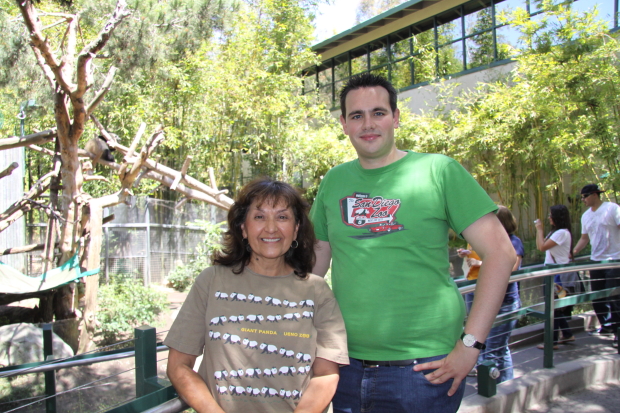 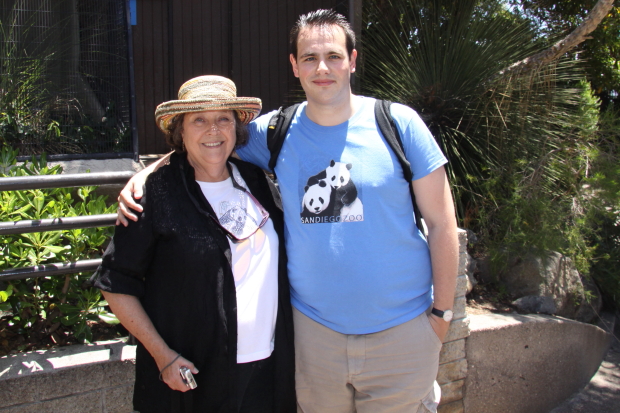 Suzanne Tobey & Pambassador Jeroen Jacobs
Suzanne has been a Panda Guide Volunteer at the National Zoo, until she returned to her home state California.