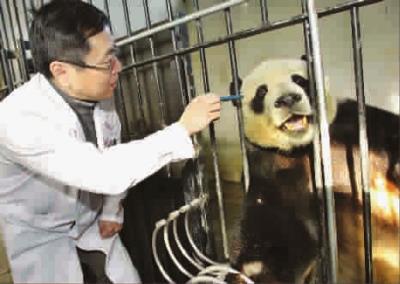 Peng Peng from the Shanghai Zoo had a cataract operation on November 12, 2011. Now, 6 weeks later, he is doing much better. He doesn’t have to rely on his nose to find his food and he doesn’t hit the walls anymore! Peng Peng is 12 years old and the son of Xue Xue and Pan Pan.