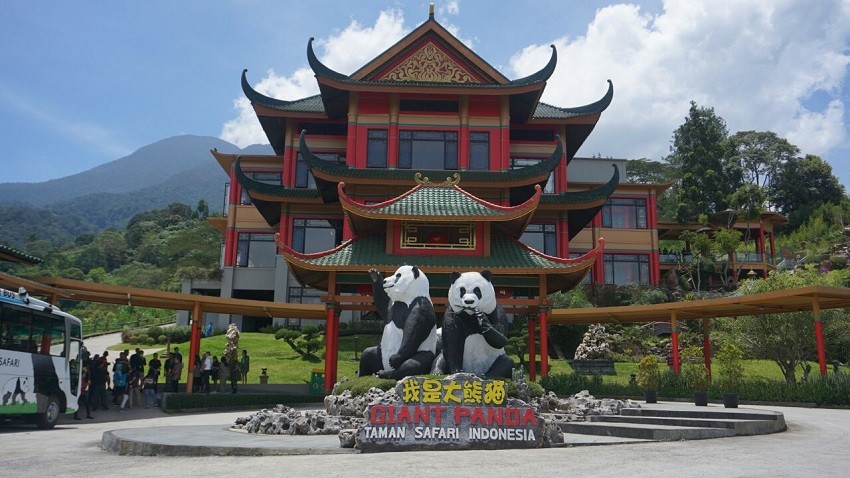 The China-Indonesia Giant Pandas Conservation Partnership Program was launched at Bogor on the outskirts of Indonesia’s capital city of Jakarta.

Liu, who inaugurated the ceremony, noted that both sides should take this program as an opportunity to deepen cooperation in such fields as economy, society, culture and ecological civilization.

The panda couple, Hu Chun and Cai Tao, from China’s southwestern Sichuan province, has arrived at Indonesia’s Taman Safari Zoo and stayed there for two months.

Director of Taman Safari Jansen Manansang said the pandas have been in good physical conditions and have adapted well to their new home.

Jansen said the pandas have gained some weight during the quarantine time.

He also hoped that this program could motivate more cooperation in broader fields between the two countries.

Hu Chun and Cai Tao, the two seven-year-old pandas, received a warm welcome as stars when arriving in Jakarta on September 28, 2017.