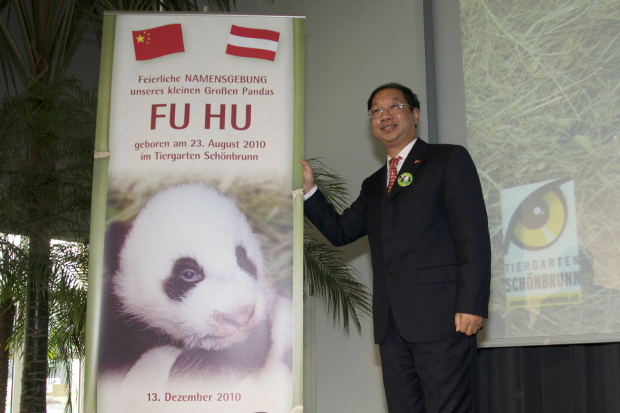 Zang Chunlin, Secretary-General of the China Wildlife Conservation Association, said that the Chinese compare healthy boys often with tigers and that they wish that Fu Hu will grow up like small happy tiger. He also hopes the cub will bring much joy to the visitors of Zoo Vienna.

Fu Hu is still in the birthing den and his keepers are observing frequent crawling attempts. The door from the birthing den to the public viewing area is open. It will depend on Fu Hu himself when he will be seen by the public, said head panda keeper Dr. Eveline Dungl.