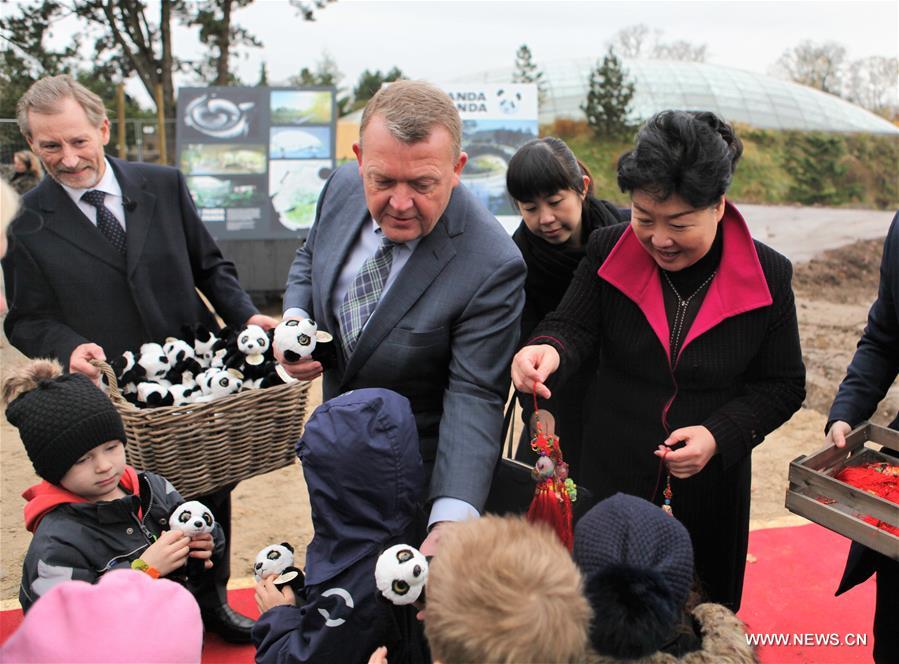 Denmark’s most visited zoo in the capital city of Copenhagen held a groundbreaking ceremony for its new enclosure for a pair of giant pandas that are scheduled to come to Denmark from China in about one year.

Danish Prime Minister Lars Loekke Rasmussen together with Chinese Ambassador to Denmark Deng Ying lifted ceremonial shovels and broke ground for the Panda House, which is to be built on the site of the zoo’s old Elephant House.

Addressing the groundbreaking ceremony, Deng said the cooperation in the protection and research of giant panda is of great importance to deepening the friendly relations between the two nations.

“Amity between people holds the key to sound relations between states,” Deng quoted a Chinese saying, adding that the giant pandas are not only China’s national treasure, but also envoys for friendship and symbol of peace.

She also expressed the hope that the friendship between the two peoples will continuously bear new fruits.

For his part, the Rasmussen said he is happy about China’s decision to send the pandas to Denmark.

“It will be a strong signal of the 10 years’ anniversary of China-Denmark Comprehensive Strategic Partnership when they arrive next year.”

“Though Denmark and China are two very different countries and hold different views on some issues, the two nations enjoy very good bilateral relations. Bringing the pandas to Denmark will be a symbol of that,” Rasmussen added.

Plans for the 2,450 square-meter enclosure were developed by Danish architecture firm Bjarke Ingels Group (BIG) in collaboration with the landscape architects Schoenherr.

Inspired by the yin-yang symbol from China’s traditional philosophy, the circular shaped habitat will be split to create separate enclosures for male and female pandas and to increase the probability of mating.

China and Denmark have agreed on the giant panda rental program during Queen Margrethe II’s state visit to China in 2014.

In May, the Chinese Association of Zoological Gardens and Copenhagen Zoo signed the China-Denmark Giant Panda Protection and Research Co-operation Agreement in Beijing.

According to the agreement, male panda He Xing and female panda Mao Er in Chengdu Research Base of Giant Panda Breeding will be sent to Denmark and live in Copenhagen Zoo for a 15-year giant panda research cooperation.

Copenhagen Zoo briefly had a panda back in 1958 when the panda Chi Chi spent three weeks here as part of a European tour.