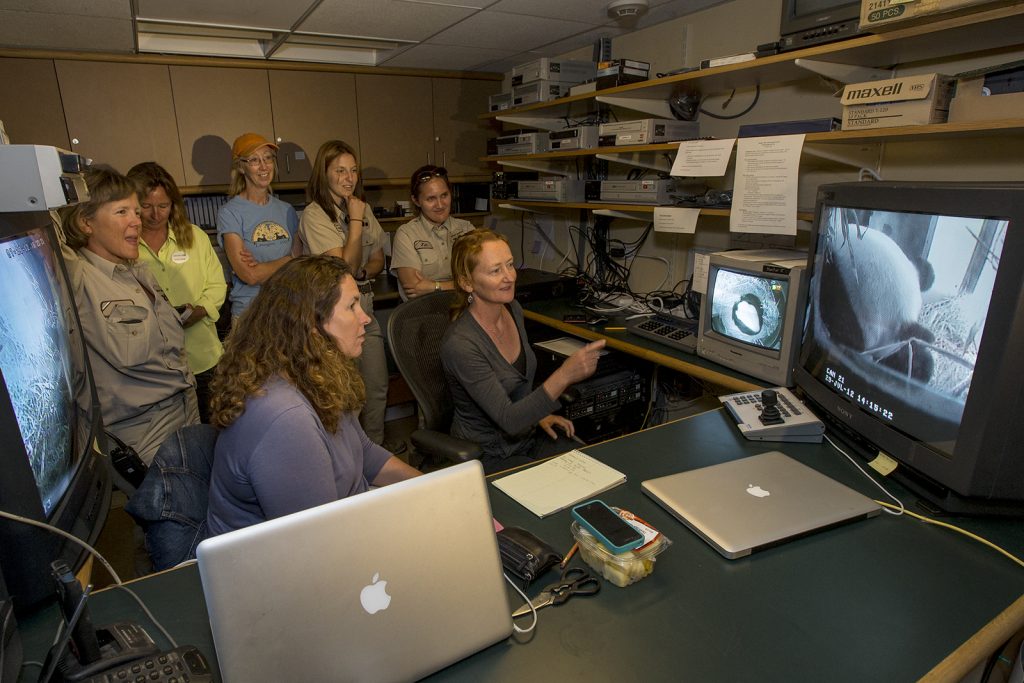 Successful and enduring conservation inherently demands that a cross-disciplinary team approach be implemented. So, when I look back at the San Diego Zoo’s Giant Panda Conservation Program, I can say without hesitation that when—more than 25 years ago—San Diego Zoo CEO Doug Myers and, former giant panda program head, Don Lindburg forged a team-centric strategy for our efforts, they set us up for success. Through the persistent efforts of scientists, animal care, and public outreach specialists, the San Diego Zoo Giant Panda Team dedicated itself to improving the plight of giant pandas through the application of scientific findings to panda management, and engaging the public in the plight of this once-endangered conservation icon.

From a scientific perspective, we’ve had an unparalleled opportunity to study this rare and elusive bear to a level of detail rarely experienced in wildlife science. And through our long-term collaboration with the panda team in China, we’ve been able to extend our studies to the panda breeding center at Wolong and beyond—to the study of wild giant pandas. Our long-term studies of the panda’s behavior and physiology have given us important insights into the requirements for successful reproduction, maternal care and foraging—key elements of individual survival and population sustainability.

In 1996 when the giant pandas first arrived at the San Diego Zoo, the species was considered Endangered in the wild, and with fewer than 1,600 left on the planet, conservation breeding efforts were the focus of a broader initiative to develop the capacity to supplement the wild population of pandas. However, there were many challenges to successful breeding under human care, and we worked with our colleagues in China and with other panda holding zoos to address these.

This process of collaborative problem solving resulted in a rich exchange of expertise, as the panda breeding became more successful. Twin swapping greatly increased the survival rate of panda cubs, as did the development of a better infant formula. Reproductive success was also increased by integrating a more biologically based approach to breeding management, incorporating scientific findings from studies of courtship communication and behavior. Physiological research illuminated the dynamics of estrus and pregnancy and supported enhanced capacity for the application of artificial reproductive techniques when necessary. Indeed, the first panda cub born at the San Diego Zoo—Hua Mei—was conceived through artificial insemination. She was also the first panda cub born in the United States to survive to adulthood and has gone on to produce 11 cubs of her own in China! To say we are proud, is an understatement.

With the return of Bai Yun, Gao Gao, and Xiao Liwu to China and the conclusion of our current panda loan agreement, it is clear that an era has come to an end. However, our panda conservation work continues, and continued efforts to use scientific study to develop enduring conservation management strategies for the giant panda and its habitat will continue. We are no less dedicated to the survival the panda in the wild than we were 25 years ago. While we can say with confidence that there is now HOPE for the survival of the giant panda, we know that continued efforts are necessary, and that our international, multi-disciplinary, team approach is still the way to go. Our work continues.

There is no getting around the fact that we will all miss having giant pandas at the San Diego Zoo. Personally, I have been lucky enough to work in close proximity to them for more than 22 years and so am at a bit of a loss imagining my day-to-day work life without being able to look outside my office window to see Bai Yun and her family. Things will really be different around the Giant Panda Research Station in the near future, but with countless shared memories of panda milestones big and small, we are proud of the many individuals that have been a part of our panda-family (including the thousands—perhaps millions— of panda-supporters from around the world) and excited for the future.