The National Zoo is far more than a place where people can see wild animals:

“We are a 163-acre zoological park set amid Rock Creek Park in the heart of Washington, D.C. Open to the public 364 days a year, we are home to 2,000 individual animals of nearly 400 different species. Our best known residents are our giant pandas, Tian Tian, Mei Xiang, and Bao Bao.

The Zoo is one of Washington’s and the Smithsonian’s most popular tourist destinations. We welcome up to two million visitors—from the local community, the country, and the rest of the world—every year, free of charge.

We are a place where people can marvel at wonderful animals, learn about wildlife and its conservation, and enjoy a beautiful, peaceful experience among our gardens. We are a member of the Association of Zoo Horticulture. We are also a research, conservation, and education center for endangered species. And, we boast a state-of-the-art veterinary hospital and extensive research facilities.

We are also a 3,200-acre rural campus in Front Royal, Virginia, at the edge of Shenandoah National Park. (This campus, the Smithsonian Conservation Biology Institute in Front Royal, is closed to the public.) Here, various endangered species breed in more expansive facilities. Many of our scientists studying endangered species and offering education and professional training are based here, too.

We work in field stations around the world: from China in Asia to Gabon in Africa, Spain in Europe, Venezuela and Panama in South and Central America, and Nevada and Nova Scotia in North America.

We are also Friends of the National Zoo (FONZ), the private side of our public/private partnership. More than 40,000 families are members of FONZ, and these dedicated zoogoers are our greatest supporters and the best advocates for our cause. FONZ’s primary role is to make friends and raise funds to support our joint mission.”

At dinner in Beijing in February 1972, First Lady Patricia Nixon mentioned her fondness for giant pandas to Chinese Premier Zhou Enlai. Eager for better relations with the U.S., Zhou knew just what to say: “I’ll give you some.” On April 16, 1972, President and Mrs. Nixon formally welcomed giant pandas Ling Ling and Hsing Hsing to the Smithsonian’s National Zoo. Over the next 20 years, Ling Ling and Hsing Hsing produced five cubs. Sadly, none of the offspring survived for more than a few days. But ever since their arrival, the pandas have symbolized cross-cultural collaboration between the United States and China.

The arrival of giant pandas drew millions of fans from around the world to the Zoo. More importantly, it gave the Zoo an unparalleled opportunity to study giant panda behavior, health, and reproduction. Specifically, it allowed scientists at the Smithsonian Conservation and Biology Institute to learn about panda estrus, breeding, pregnancy, pseudopregnancy and cub development. Armed with this knowledge, the Zoo became a leader in giant panda conservation and shared the information learned with other institutions that wanted to care for and breed this endangered species.

On December 6, 2000, giant pandas Mei Xiang and Tian Tian arrived at the Zoo. Unlike Ling Ling and Hsing Hsing, however, the Zoo’s second pair of pandas are on loan. In exchange, the Zoo contributes funds and expertise toward conservation efforts in China. The Zoo reached an agreement with the Chinese government, stipulating that the pair could live at the Zoo for 10 years in exchange for $10 million. On January 20, 2011, Zoo Director Dennis Kelly and Secretary General of the China Wildlife Conservation Association Zang Chunlin signed a new Giant Panda Cooperative Research and Breeding Agreement, which stipulated that giant pandas Mei Xiang and Tian Tian would remain at the Zoo until December 15, 2015.

Giant pandas will continue to live at the Zoo through the end of 2020. The breeding agreement signed by Zoo Director Dennis Kelly and Li Qingwen, deputy secretary general of the China Wildlife and Conservation Association (CWCA), will take effect December 7, 2015, through December 7, 2020.

In December 2011, David M. Rubenstein donated $4.5 million to the Zoo to fund the giant panda program through 2016. In appreciation, the giant panda complex– home to giant pandas Tian Tian (male) and Mei Xiang (female)– was named the David M. Rubenstein Family Giant Panda Habitat. In addition, young conservation biologists in the U.S. and in China who were awarded Zoo fellowships for their work to save this endangered species were named “David M. Rubenstein Fellows.” The gift was used to fund conservation efforts in China, reproductive science, professional training programs, giant panda care at the Zoo, upgrades to the Zoo habitats and public education. Mr. Rubenstein provided an additional $4.5 million donation in fall 2015 to support the program through 2020.

The gift allows the Zoo to expand its educational outreach efforts and the Zoo’s animal care and the Smithsonian Conservation Biology Institute’s scientific team to proceed with the five-year science plan established with their Chinese colleagues from the China Wildlife Conservation Association. The science plan has specific goals: to examine the creation and impact of corridors to link fragmented habitats that will benefit giant pandas and other wildlife species, including promoting genetic diversity; examine how to restore habitats, especially those where pandas appear to be making a comeback; provide advice on giant panda reintroduction; examine the potential impact of transmissible diseases on giant pandas and other wildlife species, including providing advice on implementing new programs associated with a Wildlife Disease Control Center being built in Sichuan Province; and continue research on giant panda reproduction and management, because, although there has been major success in Chinese breeding centers, some pandas still experience reproductive challenges. 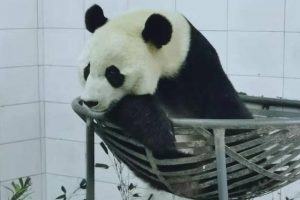 Bei Bei is settling in at his new home in China at the Bifengxia panda base.  He did really well on the FedEx Panda Express and mostly ate and slept during the 16-hour trip. Laurie Thompson, assistant curator of giant pandas and Don Neiffer, chief veterinarian provided his in-flight snacks and made sure he had […] 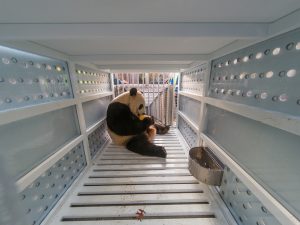 Bei Bei, the 4-year-old giant panda, began his journey to China this morning. He departed the Smithsonian’s National Zoo at 9:30 a.m. for Dulles International Airport in northern Virginia where he will board a dedicated FedEx 777F plane bound for Chengdu, China. The non-stop flight will take about 16 hours. Bei Bei’s departure from the […] 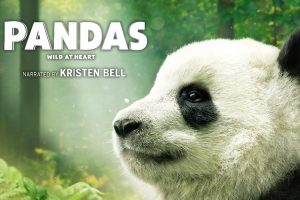 Pandas are coming to the big screen in the original film “PANDAS,” a breathtaking documentary adventure and amazing experience for the whole family. Coming June 1 to the Smithsonian’s National Zoo’s Visitor Center Theater. At the Chengdu Panda Base in China, scientists are dedicated to protecting the species by breeding adult Giant Pandas in order […] 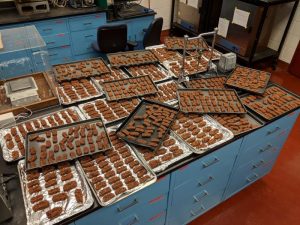 As the days get shorter and the weather gets cooler, the giant pandas at the Smithsonian’s National Zoo are spending more time in their yards. Yard swapping is a form of social enrichment. Giant pandas are territorial and adults do not spend time together outside of breeding season, but they do communicate through scent marks. […] 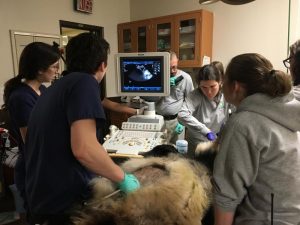