A record of 5411 cities and towns across 147 countries and territories will participate in Earth Hour 2012 on Saturday March 31 at 8:30PM.

Earth Hour Ambassador Mei Lan has been supporting this action for a couple of years. Please join him! 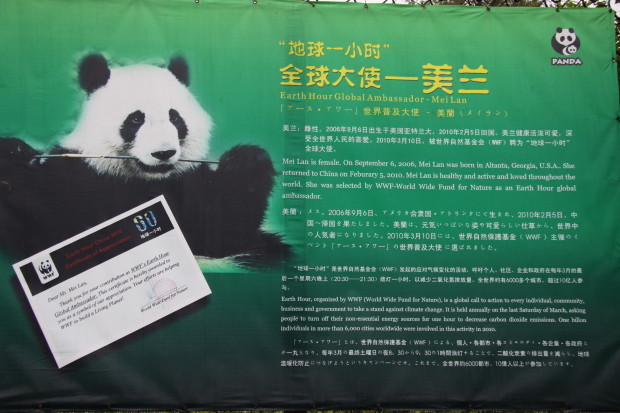 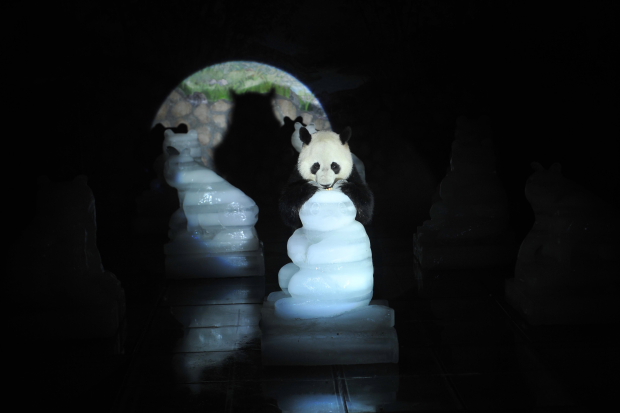 Earth Hour 2012 – Dare the World to Save the Planet.
Switch off your lights on Saturday 31 March at 8:30pm to be part of the world’s largest voluntary action for the environment

Earth Hour is a universal message of hope and action to protect the one thing that unites us all – the planet. Together our actions add up. Join the world for Earth Hour 2012 by switching off your lights at 8.30pm on Saturday 31 March and sharing the positive action you will take for the planet beyond the hour.

Earth Hour calls on individuals, businesses, communities and governments to go beyond the hour by committing to a positive action for the planet and celebrating that commitment with the people of the world by switching off their lights for one designated hour.

From its inception as a single-city initiative – Sydney, Australia – in 2007, Earth Hour has grown into a global symbol of hope and movement for change. Earth Hour 2010 created history as the world’s largest ever voluntary action with people, businesses and governments in 128 countries across every continent coming together to celebrate an unambiguous commitment to the planet.

In 2011, Earth Hour’s iconic global ‘lights out’ event which has seen some of the world’s most recognized landmarks, including the Forbidden City, Eiffel Tower, Buckingham Palace, Golden Gate Bridge, Table Mountain, Christ the Redeemer statue and Sydney Opera House switch off their lights, will again bring the world together in a global celebration of the one thing that unites us all – the planet.