Giant Pandas not expected in edinburgh until at least 2011 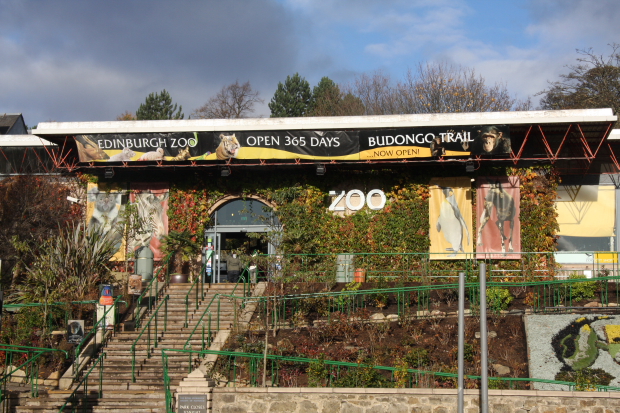 They are expected to be one of the biggest attractions ever seen at Edinburgh Zoo – when they finally arrive.

But now it looks as if eager wildlife enthusiasts hoping to get a glimpse of a giant panda in the Capital will have to wait a little bit longer, after it was admitted the animals would not be arriving in Scotland until at least next year.

There are also concerns the proposed move could stall at the last minute over the costs of bringing the popular animals to Edinburgh
Despite a letter of intent being signed between the UK and China more than two years ago to bring giant pandas to the Capital, progress on the project since then has been slow.

The Chinese government has yet to approve a formal bid backed by Alex Salmond and Gordon Brown, while financial details have also to be finalised.

The planned agreement – which would see Edinburgh become the only zoo in the UK to house giant pandas – could also collapse over the financial arrangements, with sources admitting they were still waiting to find out how much the animals will cost.

The Royal Zoological Society of Scotland, which runs Edinburgh Zoo, is in talks over sponsorship to fund the pandas’ arrival, and it is understood money is also being kept aside to fund the creation of the panda enclosure.

A spokeswoman for the Zoo said: “We are working hard to try and finalise details on the arrival of the giant pandas, and a team from the zoo were in China recently.

“We expect a delegation of officials from China to visit Edinburgh later this year to see the facility and discuss further details about the cost and timing of the pandas’ arrival.

“I believe the earliest we could expect them to arrive now is 2011, but this is not holding up any work at the zoo.

“We cannot start work on the creation of the giant panda enclosure until an agreement is in place, and they are likely to be so popular that we expect to have to alter the areas around the enclosure to deal with public demand. We are, however, still able to press ahead on the work to the infrastructure of the zoo.”

The animals, dubbed “the rock-stars of the animal world” because of their pulling power, would provide a huge financial boost to the attraction, with some zoos seeing their visitor numbers double after the introduction of the endangered species.

It is expected the zoo will introduce a pre-booking system to help staff cope with the demand.