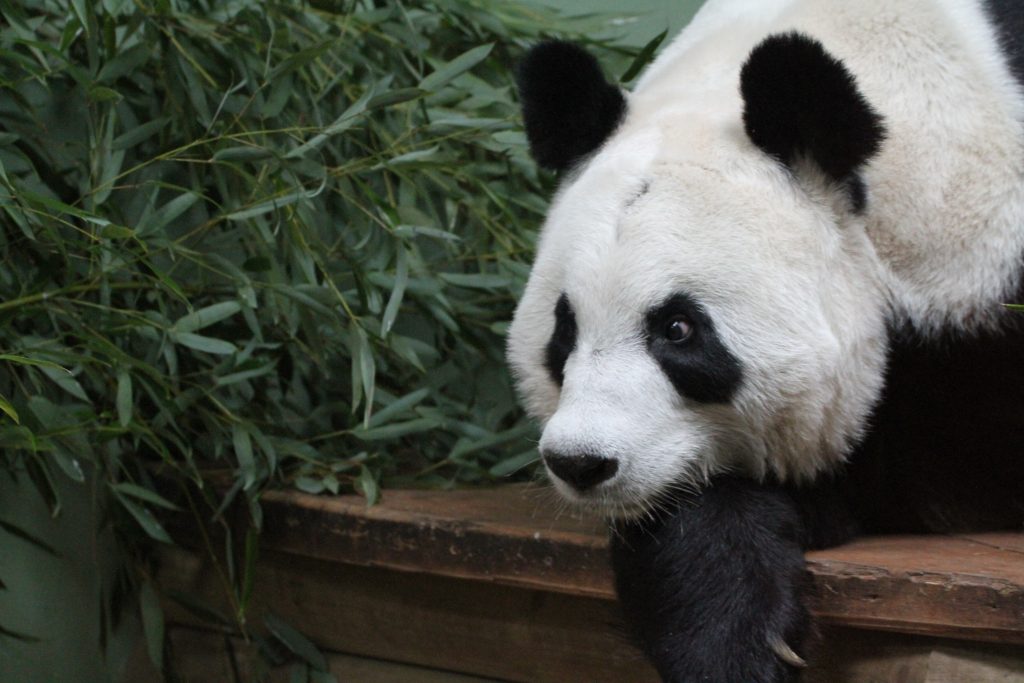 The UK’s only two giant pandas, based at RZSS Edinburgh Zoo, are providing their support – and poo – to scientists at the Royal Botanic Garden Edinburgh (RBGE) who aim to improve conservation in the wild through better understanding of exactly what members of this iconic species eat.

Despite their reputation as picky eaters, previous work has suggested that pandas may eat as many as 60 different species of bamboo and could possibly even consume other plant species, fungi and animals. That’s why RBGE – working in collaboration with the Royal Zoological Society of Scotland (RZSS) – has been awarded £250,000 Leverhulme Trust funding to undertake DNA research into the hidden complexity of giant panda diet.

It is already widely accepted that all species of bamboo are not the same to the giant panda – they may have different nutritional values or be more difficult to digest – and the precise species consumed might vary according to individual requirements, availability, season or location. However, there remains a huge gap in knowledge regarding exactly what they eat and when they eat it and we have almost no information on what or why species other than bamboo are eaten.

Understanding the details of diet in any species can be difficult as observation of wild animals and visual examination of scats only captures a small proportion of species eaten. This is further complicated in the case of the panda by difficulties in telling bamboo species apart, especially once digested. Therefore, to establish a basic body of information, RBGE is receiving panda scat samples from zoos, where it is known exactly what and how much the animals have been fed, to develop DNA-based methods that can then be used on samples from the wild.

Dr Linda Neaves, the molecular ecologist heading-up the RBGE team explained: “Next generation sequencing technologies will be used to investigate the DNA contained in panda scats to identify exactly what has been eaten and even which panda has eaten it. These methods have the potential to overcome many of the problems that have been restricting our understanding and allow us to investigate and quantify the extent of variation in diet and contributing factors such as sex, season and availability.

“We will also be using these methods to help identify different species of bamboo in panda habitat and determine how that relates to diet. This information will help refine understanding of giant panda habitat now and how it might change in the future. This, in turn, will provide valuable information for management and conservation of wild panda populations”.

The project is part of an international effort by the Edinburgh Consortium for Giant Panda Conservation and Forest Landscape Restoration – and includes expertise from the Royal Zoological Society of Scotland (RZSS), the Kunming Institute of Botany and the Institute of Zoology at the Chinese Academy of Science, China Conservation and Research Centre for Giant Pandas, Panda Centre within the Wolong Nature Reserve and Australian Museum Research Institute.

Highlighting the significance of such partnerships, RZSS Director of Giant Pandas, Iain Valentine said: “RZSS is currently undertaking or facilitating a huge variety of giant panda conservation projects in Scotland, around the UK and globally; these projects will make substantial collective contributions to the future of the giant panda both in captivity and in the wild”.