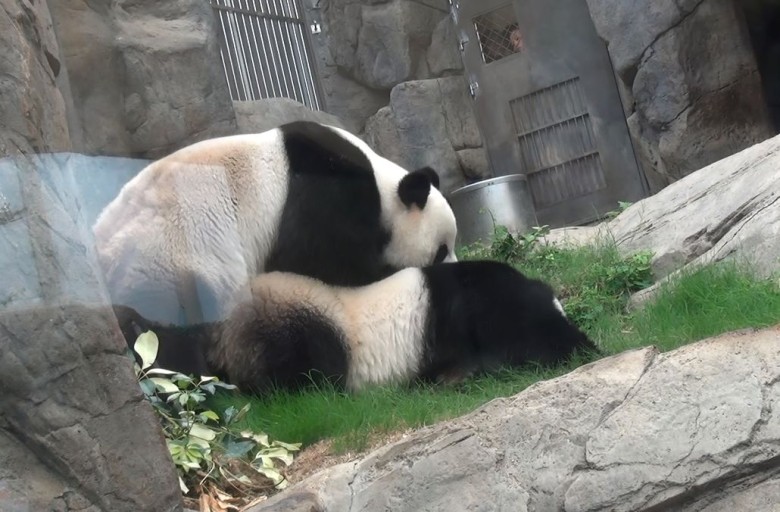 Ocean Park concluded this year’s two-day mating season for giant pandas Ying Ying and Le Le on 14 April, and re-opened the Giant Panda Adventure exhibit to the public on the same day. During the time, Ying Ying and Le Le had been put together for three natural mating opportunities. Natural mating attempts were observed but were unsuccessful. Ocean Park also administered artificial insemination on Ying Ying two times with the hope of increasing her chance of pregnancy.

As in previous years, China Conservation and Research Centre for the Giant Panda in Wolong (“Wolong”) has arranged Dr. Wang Chengdong, Director of Veterinary Service of Wolong, to come to Ocean Park to take part in the breeding exercise. With his advice, Ocean Park has utilised Le Le’s fresh semen and frozen semen of a panda from Wolong to artificially inseminate Ying Ying two times during the two-day period to supplement the natural mating attempts.

Ms. Suzanne Gendron, Executive Director of Zoological Operations and Education, said, “We will closely monitor Ying Ying’s condition over the coming months. If successful, we expect to observe signs of pregnancy, including fluctuations in hormonal levels and behavioural changes such as decreased food intake, in late July this year, whilst there is always a chance that she could experience a pseudo-pregnancy.”

Dr. Wang Chengdong said, “We have been working closely with Ocean Park to determine the best timing for putting together the two giant pandas for mating, based on hormonal levels and behavioural observation. To increase Ying Ying’s chance of pregnancy, artificial insemination has also been arranged. In the coming months, Wolong will continue to closely follow Ying Ying’s conditions, and we hope that she will be able to become pregnant this year.”