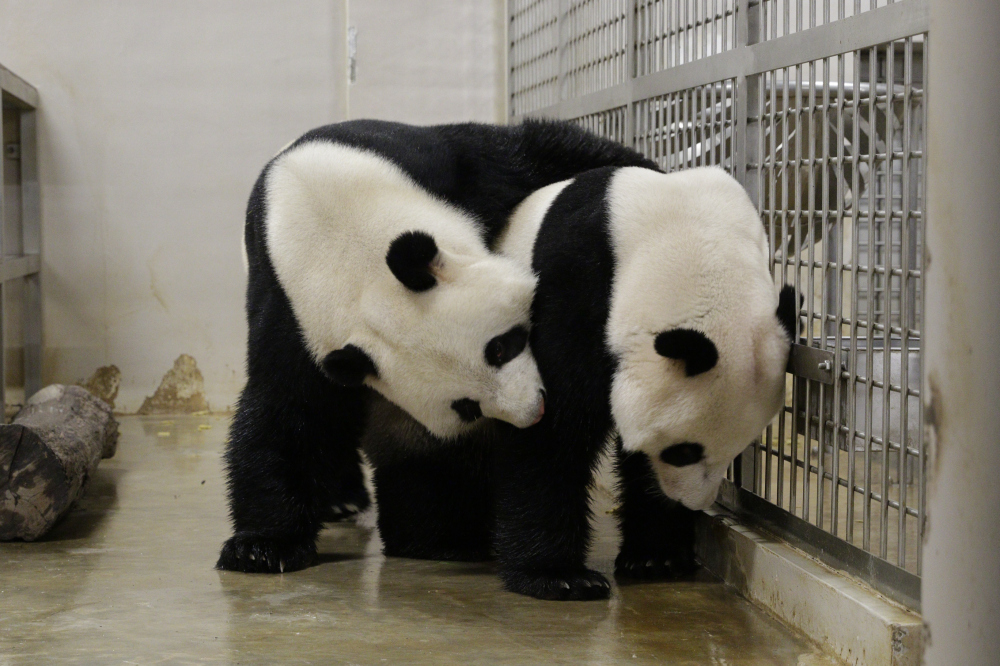 Giant pandas Kai Kai and Jia Jia have made their second attempt at parenthood over the last two days and if proved successful, River Safari will become home to a baby panda.

The giant pandas had started showing signs that they were entering mating season at the end of March. For weeks, the two pandas displayed classic courtship behaviour: Kai Kai was scent-marking his exhibit and chirping to get the female’s attention, while Jia Jia was sleeping more and when awake would be restlessly pacing about. These displays were encouraging signs to the keepers and vets that their methods of stimulating breeding cycles and interest had been successful.

Pandas’ mating instincts are brought on by hormonal changes in response to seasonal variations, such as temperature changes and increasing day length from winter to spring. River Safari’s keepers and vets have employed a number of measures since November to trigger the breeding cycles of the pandas. These included varying the daylight hours and temperature in the panda exhibit to simulate the transition from winter to spring in the pandas’ homeland in Sichuan, China.

In addition, keepers introduced each panda to the other’s exhibit and den, as well as placed them side by side for short periods of time so that the pair could smell each other’s scent. Their reaction would indicate their receptiveness to the opposite sex. Urine samples from Jia Jia were also collected to check the hormonal levels which would also indicate when she is ready to mate.

On 13 April, both pandas were brought together in their dens for natural mating. The mixing session was not successful, a situation not uncommon for young and inexperienced pandas. A decision was made to carry out artificial insemination to help Jia Jia conceive. Assisting the vet team at River Safari was a team led by Prof Ng Soon Chye, an obstetrics and gynaecology specialist internationally renowned for his expertise in the reproductive medicine. 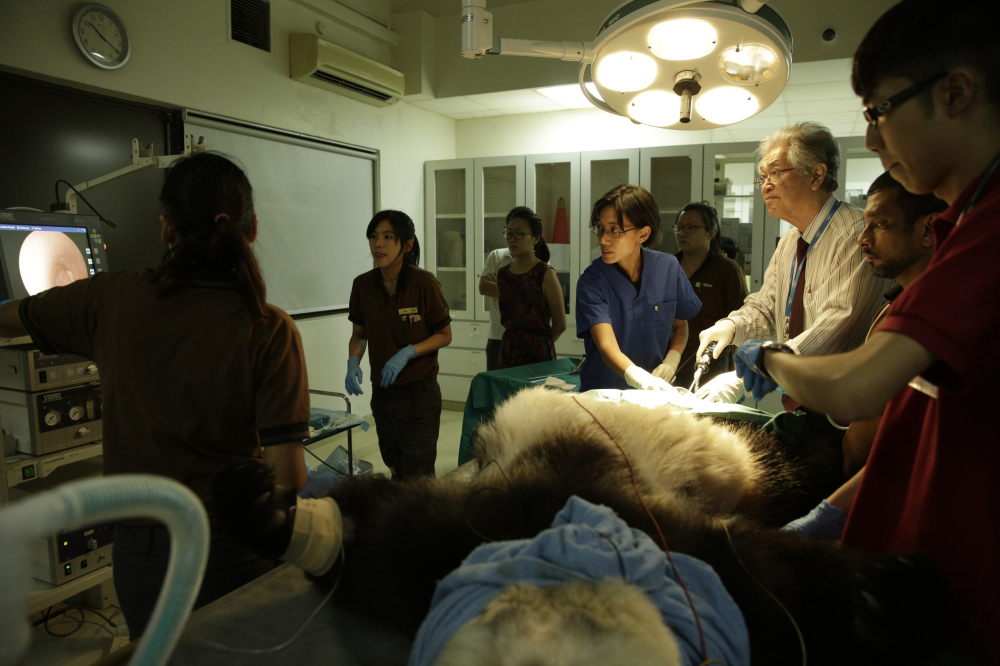 Dr Cheng Wen-Haur, Chief Life Sciences Officer, Wildlife Reserves Singapore, said, “River Safari is part of a global breeding and research programme for the endangered giant panda. Our team of keepers and vets are committed to provide the best animal husbandry and healthcare possible to achieve this task; and our standard of care was recently affirmed by visiting panda fertility experts from China’s Ya-An Bifengxia Panda Base. The past few days have involved very intensive observation and monitoring of the pairs which culminated in the artificial insemination of Jia Jia. Our female panda is timid by nature and our focus now is on her after care.”

From now till about September, vets and keepers will have to wait to conclude if Jia Jia is pregnant through ultrasound scans. Giant pandas have delayed implantation during pregnancy and as such, vets cannot confirm pregnancy until the later part of the panda’s gestation period.